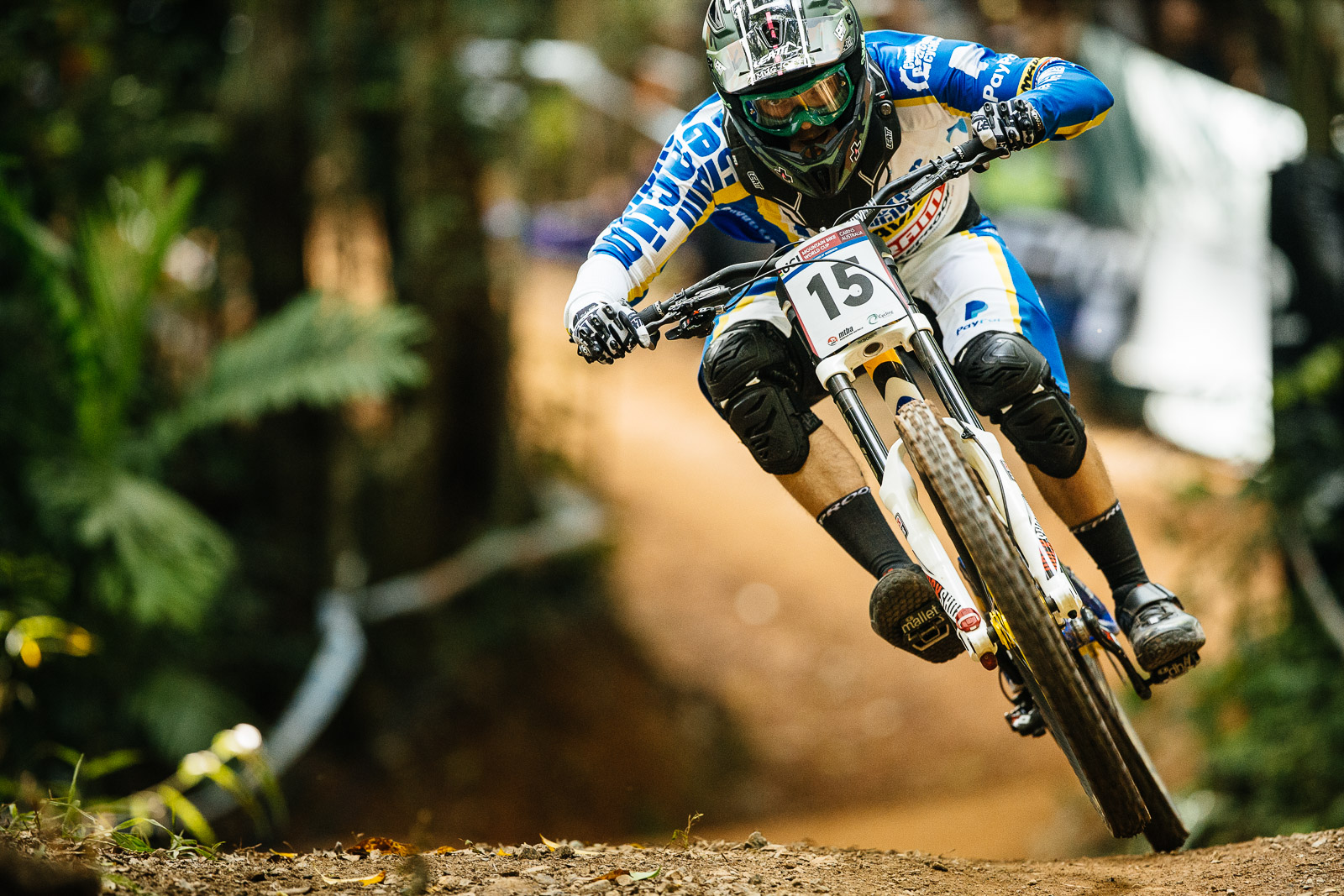 Team CRC PayPal sent over their race report and video from the Cairns World Cup. Check it out inside.

Team Chain Reaction Cycles PayPal raced at the second round of the UCI Downhill World Cup in Cairns, Australia, over the weekend.

Nigel Page reports on another testing weekend for the team.

The track here is basically the same track they have had since the 1996 World Championships with the addition of some big jumps on some of the high speed sections of the track.

It is not the biggest mountain on the World Cup schedule but it’s still really challenging for the riders with some tight bermed switchbacks at the top of the track which leads into a really tricky brutal rock garden which took out quite a few riders and bikes in practice.

After the rock garden the track drops into the famous Alien Tree section which is also super technical being off-camber, littered with huge roots and rocks. There are then a few flat pedalling sections that lead into some super high speed stuff with some huge jumps and the corkscrew section a big step down option into the mogul field and then the high speed whoops which is really spectacular for the onlooking crowds. After this there are some more flat pedalling parts before the twisty rooty parts that take the riders down to the bottom of the track but it’s so important to carry speed here and keep it smooth then one more tricky steep off camber section before the big triple jump and onto the pedals before 20 seconds of lung busting flat pedalling to the finish line.

During practice it was on and off rain so the track was really slippy and challenging but come qualification time and the track was starting to dry out a bit.

Mike Jones had a big crash in the morning in the rock garden hurting his hand neck and back pretty bad and junior rider Elliott Heap had a huge crash on the first day of practice in a high speed jump section tweaking his wrist badly. Sam Hill unfortunately arrived at the race with the flu so it was going to be a really tough week for him.

Qualifying went pretty well for most of the team with Elliott holding on for fifth place in Juniors, Sam Hill and Joe Smith comfortably in the top 30 but Mike Jones was struggling with his injuries back in 40th which was not too good for him but easily into the final top 80.

Race stay stayed dry and hot so the track was drying up and becoming super loose and dusty at the top. Elliott didn’t quite have the run he was hoping for in the Junior men’s race but managed another top 10 result in ninth so a good result.

Sam Hill did the best he could under the circumstances and finished in 28th – not where he wants to be but is not far off the pace of the top riders at the moment.

Joe Smith gave it everything and was so close to a top-10 time but with the really tight times he finish 21st but still a great result.

Mike Jones battled with his injuries and confidence to put down a solid run and finish 18th which was another good result and moving him into 14th overall in the championship.

The race ended up being super close and was really exciting down to the wire with the battle being between two Australians and the current world champion Loic Bruni who took his first ever World Cup elite men’s win so well done to him.

So that’s it for the first two rounds. They have been a bit tough for the team but we are not far off the pace and are working hard to improve more for the next round in Fort William, Scotland, where all our riders have done well in past years there so we are really looking forward to that.

Thanks to all our sponsors and everyone involved in the team.