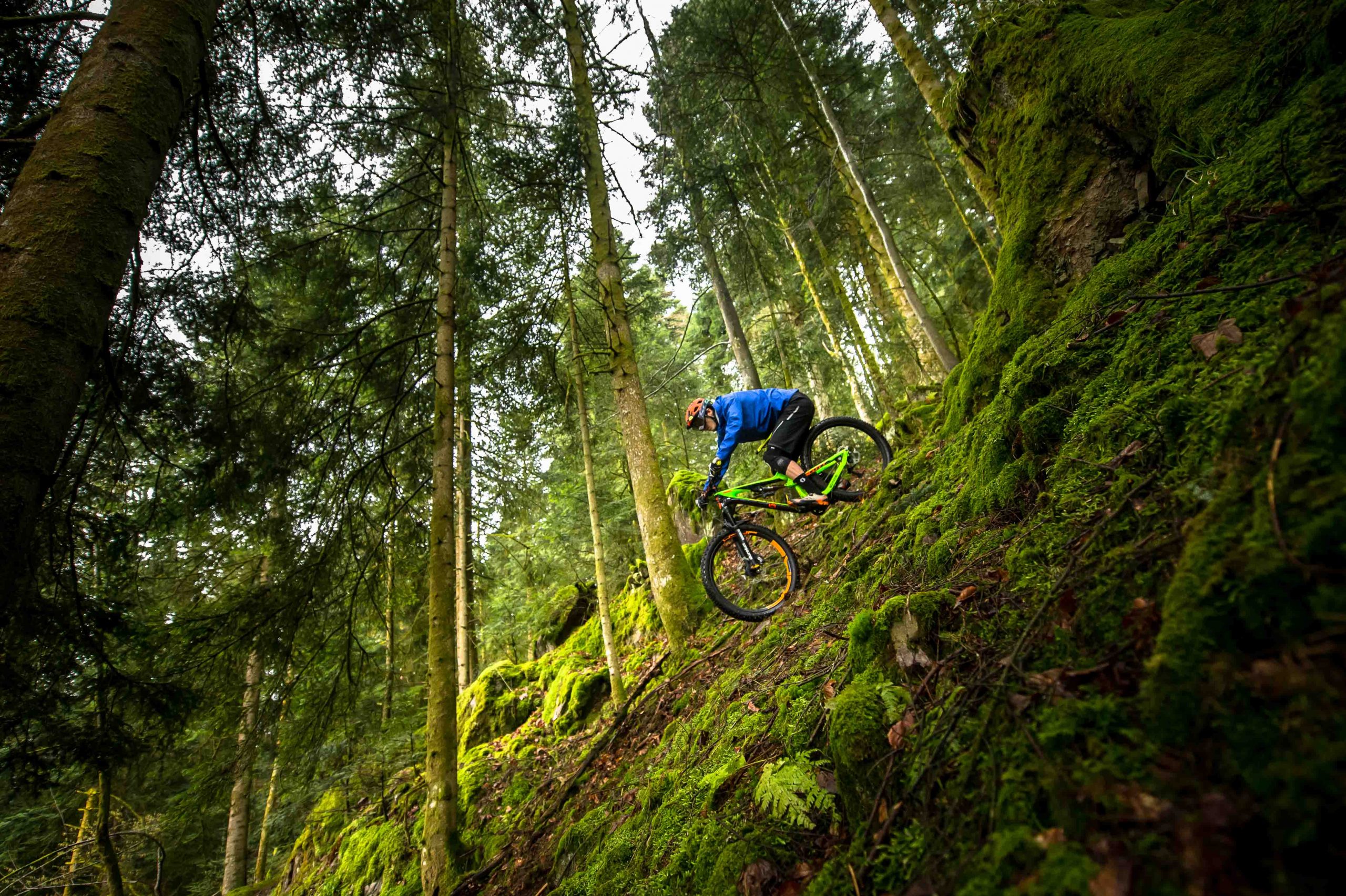 Scott Sports has released its first episode of Chasing Trail with Rémy Absalon.  You definitely don’t want to miss this one.

Les Vosges is a mountain range in France that is located primarily in the Alsatian and Lorraine regions. While the range itself may not have the high alpine peaks of the Alps, it surely makes up for this with its sheer quantity of forests and prime mountain biking terrain. Diversity in terrain coupled with phenomenal dirt make for a region that is perfect for the honing of skills. Though the region has produced numerous mountain bikers that have graced the professional ranks over the years, one name remains king: Absalon.

The discipline we call Enduro is synonymous with French riders. Largely recognized as a discipline that originates from the country, it has been dominated by the French for a large part of its “life.” In recent years, Rémy Absalon has been a prominent figure in the scene. Having won no less than ten Megavalanches alongside numerous other wins, Rémy cites the region he group in as the main deciding factor behind the style of MTB he decided to pursue.

THE TRAILS OF CHOICE

Though there are many to choose from in the area, for this edit Rémy went for a few of his favorites. Zone 1: Remiremont. This is where Rémy and his brother live, and where most of the Absalon training sessions go down. There are trail everywhere, literally. Rémy takes pride and joy in maintaining and building trails throughout the year, and the particular trail we shot is one that Rémy worked on all winter. No build, no party.

When it comes to Enduro Specials, for Rémy there isn’t quite anything like his local “Descente de Nol.” An old hiking trail with ancient stone walls, incredibly green moss and large granite blocks left and right. This is where things get technical!

The famous Hautes-Vosges is home to La Bresse. Greater elevation change, huge variety in terrain, leafy loamy single track amongst the pine trees most notably. Some of our shots were on the SP de la Vierge, fast and playful.

As little kids, Rémy and his older brother Julien would spend all their time in the woods. Building BMX jumps, skidding around turns, pushing each other to always better themselves, the Pine Forests of Les Vosges was slowly building champions. Slowly but surely, the Absalon brothers transitioned from BMX bikes to Mountain Bikes, the rest was history.

As we all know, Julien found Cross Country, stayed there and over the years did quite well for himself. Rémy, as the younger brother, decided to do something a bit different. Having raced XC, DH and what we now call Enduro, he found that the latter of the three suited him best. As the region is quite diverse, these “do-it-all” bikes were the ideal partner in crime for Absalon to explore the creative facets of the sport.

For over ten years, Rémy has been living many mountain bikers’ dream. He gets to travel the world, race in locations that most wouldn’t even know exist, all while calling it a living. One thing, though, is certain. There is no feeling that compares with that of going home, getting the bike out of the garage, pedaling over to the local spot and going for a ride. Your friends are there, your family is there, and for a guy like Rémy this means riding with EWS champs, Olympic Champions, World Champions, you name it. Not a bad group for your local.