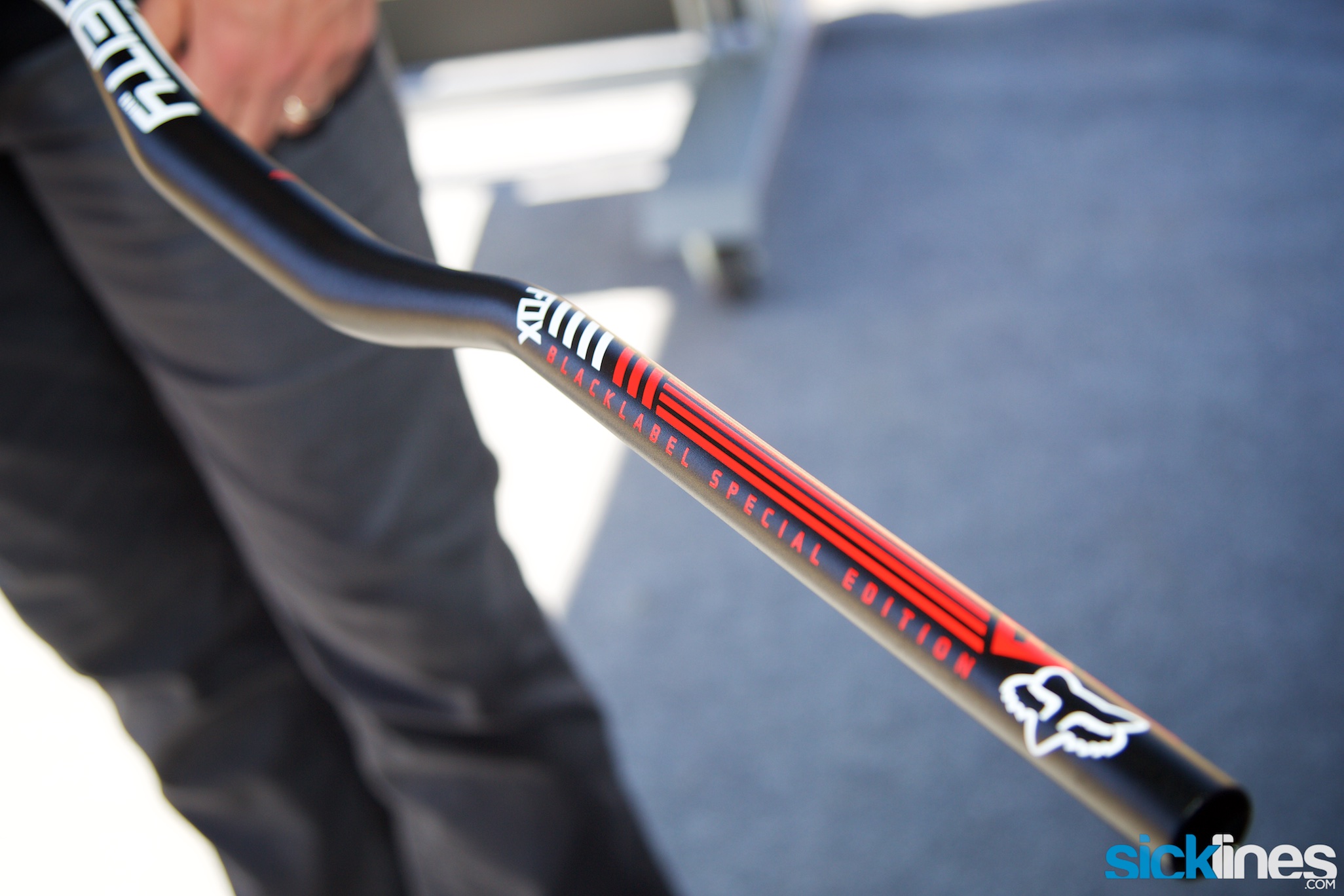 Our Sea Otter coverage continues with some content from Deity, a tidy looking Santa Cruz V10c from Santa Cruz Bicycles, some limited edition Fox Head handlebars, and cheap suspension service from FOX if you bring your FOX suspension to them at Sea Otter!

If you’ve got FOX suspension that is in need of service, be sure to stop by the FOX repair tent for some cheap service, decals, and more at their various booths.

Santa Cruz Bicycles had a one of their beautiful V10C’s on display in a cool truck as well as many other of their high-end bikes on display.  To say their booth has been busy would be an understatement.

Deity always has a good showing at Sea Otter and this year was no different.

Deity and FOX Head have collaborated on a limited edition Blacklabel special edition handlebar in three color options. Pick one up now before they’re all gone and you wish you acted sooner.

The Deity Platnium Collection pictured below is a bold look that will work well with any bike to make it pop a little bit.  The Bladeruner is on the left and T-Mac on the right.

When you throw whips like this at the Crankworx Whip-Off, maybe you too can get your own signature deity pedal.

Moving into the carbon offerings, Deity has the DC31 Mohawk and T-Mo Enduro handlebar options.