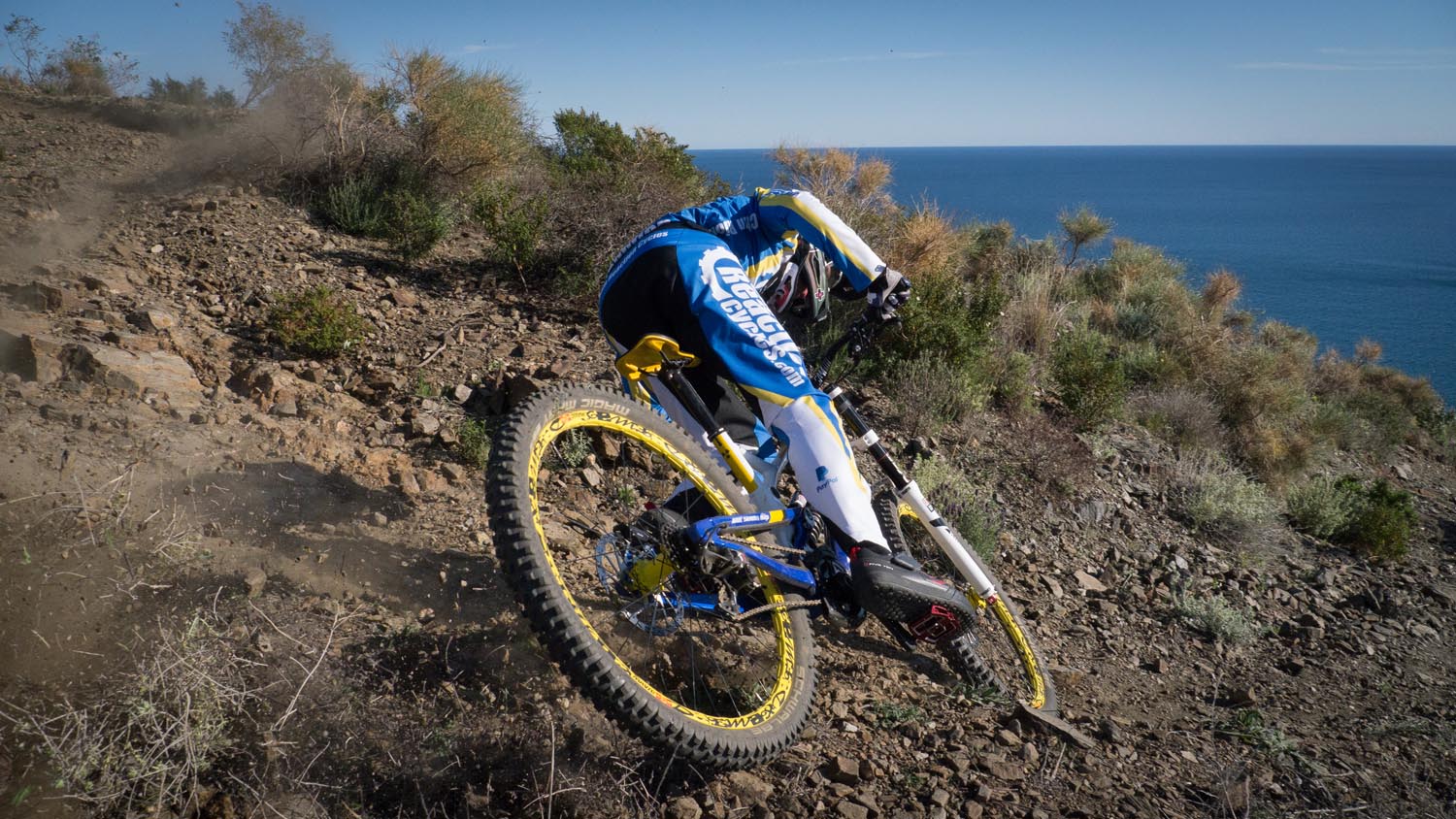 Team Chain Reaction Cycles PayPal, one of the most exciting pro mountain bike teams on the circuit, remain unchanged for 2016 with Australian downhill legend Sam Hill, Welsh rippers Mike Jones and Joe Smith plus Elliott Heap in the Junior category.

Chain Reaction Cycles PayPal, one of the most exciting pro mountain bike teams on the circuit, remain unchanged for 2016 with Australian downhill legend Sam Hill, Welsh rippers Mike Jones and Joe Smith plus Elliott Heap in the Junior category.

Team Manager Nigel Page is excited for what 2016 holds, saying: “All the riders are fit, strong and focussed after a good off-season of training and we are looking forward to the race season where we will try and achieve our racing goals and have a great summer riding and racing bikes to do our sponsors proud.”

Sam Hill starts his fourth year with the team and after an injury-hampered 2015, Sam has had a solid winter of training getting used to his new Nukeproof Pulse. We are hoping Sam will get back to the form he had in 2014 where he won the last two out of three World Cup rounds. Sam and his family have just celebrated the birth of their third baby boy, Knox, and says for the season ahead: “I’m excited.”

Joe Smith comes into his sixth year riding for the team having won the British Downhill Series overall in 2015.

“I have had a strong off-season with training and have changed up a few things to hopefully be as consistent at the World Cups as I was at the British rounds last season, enabling me to win the overall British title. I also had a strong ride finishing second at Red Bull Hardline, and I’d like to try and go one better this year.

“I started off the 2015 season strong with a career best result of third place in the first round of the UCI World Cup in Lourdes and finished the season off strong with fourth place at the World Championships in Vallnord, Andorra.

My goals for 2016 are to ride more consistently and try to be on the podium at as many rounds as I had another strong off-season training Down Under in the sun with Sam and I feel more prepared and focussed for the season ahead.”

Elliott is looking forward to his second year on the Junior World Cup circuit: “2015 was an eye opener for me racing at World Cup level after only doing a few downhill national races in 2014. I had some good results at a few World Cup rounds and made it onto all the podiums at the British rounds. After a good off-season of training I am focussed and feel more prepared for my second year in the Junior category. I have some of the fastest teammates in the world which should help me achieve my goals but to be honest they are more of a hindrance because they take the p### out of me constantly for being the youngest, newest team rider.”

The team is pleased to announce Leatt as a new protection sponsor, while retaining many of its long

“The team has been supported by Leatt for many years with their amazing neck braces and we are really happy to be supported this year with their brand new DBX bicycle helmet, full protection and “We are also really excited to welcome MRP onboard for chain devices. Being the original company to make high end chain devices, we are confident that our drivetrains will be well protected on the rough courses.” Nigel Page

We also keep our other long term team sponsors:

Mike Jones and Joe Smith’s DBX helmets are painted in a super cool Muc-Off design and Sam Hill’s in his long term sponsor Monster Energy colours. All the team that helps with everything at Chain Reaction Cycles and Nukeproof have done an amazing job on our team bike graphics and clothing.

The season is just around the corner and we can’t wait for it to start!

Vanzacs and The Zoo Boys