e*thirteen sent over some news moments ago about their new partnership with Aaron Gwin and the YT Mob team. Check out some of the e*thriteen parts Aaron will be testing out including, carbon wheels, guides, chainrings, and some prototypes.

e*thirteen is now a proud sponsor of the downhill force of nature called Aaron Gwin and the YT Mob team. We are excited to supply Aaron and Angel with the strongest carbon wheels on the market along with our LG1 Race Cranks and Chainguide. We look forward to watching the fruits of our engineering labor and Gwin’s abilities fuse at record speeds on the track this season.

Gwin will debut several innovations and push a few prototypes to their limits this season, with a full LG1 Race Carbon build out on his YT Tues CF Pro. 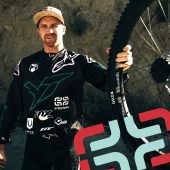 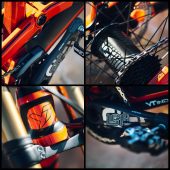 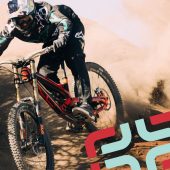 “I’m stoked to be furthering my already great relationship with e*thirteen, I’ve relied on their chainguides for years. The passion that they put into their product is obvious and I’m very thankful to work with such a motivated brand. I’m looking forward to an awesome future together, bring on the new year!” —AG