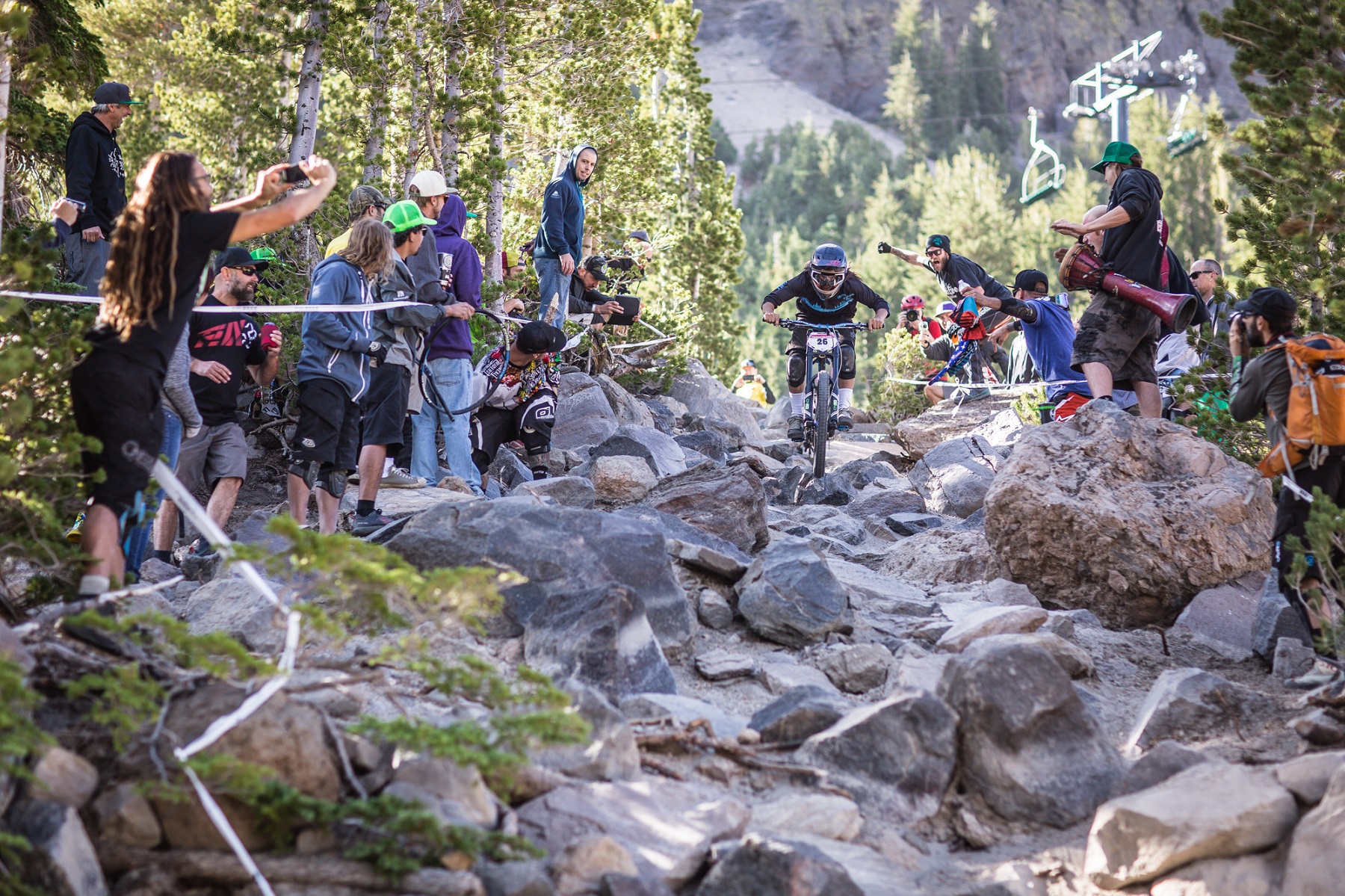 The Kamikaze Bike Games took place last weekend. Tons of racing on hand including but not limited to downhill, dual slalom, and enduro. Check out the GoPro highlight video inside and more.

HISTORY OF THE KAMIKAZE:
It all started with one man – Bill Cockroft. A passionate cyclist, he wanted to bring bike racing to the Mammoth Lakes. It was the mid-80s and cycling was very much in the public eye, thanks to the Oscar-winning film “Breaking Away” as well as the USA’s success in cycling events at the ’84 Olympics, which took place in nearby Los Angeles.

Cockroft was friends with the man in charge of the cycling portion of the Olympics and one of their mutual buddies approached him and asked Cockroft over dinner, “How much would it take to produce a major cycling event?”

Bill pulled out a pen, grabbed a napkin, completed some rough calculations and delivered the tally.

Soon the napkin turned into a check and many volunteer man-hours later, a bike race was born. In addition to the Kamikaze and the dual slalom (another industry first) there was also a stage race, which is a multi-day road race for those you who don’t speak bike geek. 🙂

Mammoth was regular on the international race schedule and the Kamikaze changed bike racing as we know it. The Mountain Bike Hall Fame acknowledged as much when they inducted Cockroft in 1994 along with other bicycle visionaries Ignaz & Frank Schwinn (yes,those Schwinns), Keith Bontrager, and Douglas Bradbury.