Eastern States Cup has released their 2014 schedule and set along some detail’s that you can see inside. They’ve added more races this year and have plenty of options for riders looking to race in Enduro, Downhill, and SuperD.

The 2014 POC Eastern States Cup: If you love Gravity MTB racing the East Coast is the place to be!

The POC Eastern States Cup is offering a full plate of Gravity Racing in 2014. In its fifth season the POC ESC has opened its doors to some brand new ideas. With the growth of the POC ESC, it has become apparent that East Coast mountain bike racers want more racing. The POC ESC is stepping up to supply the demand with two Downhill Series, an Enduro Series and a new SuperD Series. All totaled the 2014 POC Eastern States Cup will offer 16 Downhill, 6 Enduro and 8 SuperD mountain bike races.

The Atlantic DH Cup and the New England DH Cup are both inscribed as USAC Regional Championships. Together the two DH series will offer six USAC State Championships with season ending amateur awards and over $6,000 cash for the Pros. Both DH race series will be open to all, but if your race season budget is tight you can focus on one series to keep that budget in check.

To top off the 2014 POC ESC DH Season, there will be a very special one day, winner take all “POC Eastern States Cup East Coast DH Championship” at Mountain Creek Bike Park, NJ. To qualify for this event, racers must finish near the top of their racer class in either the Atlantic DH Cup or the New England DH Cup. This one day USAC Coastal Championship Race will recognize the winners with the USA Cycling Plaques, medals and cash. The purse includes a $5000 cash purse for pro’s and amateurs. The Pro Men’s winner will take home $1000 while the Women’s Pro, Cat1 <18 and Cat1 19-29 race classes will each have $1000 cash purses. If downhill racers want to be the 2014 ESC DH Champion, then they will have to win this race!

Featured in the Downhill schedule are two ProGRT National DH races at Mountain Creek Bike Park, NJ and Plattekill Bike Park, NY. The DH Series will visit Windham Mountain, NY two weeks before the UCI World Cup and get a unique opportunity to race the actual World Cup Course. The Series will then return to Windham on World Cup weekend for the POC ESC Citizen’s Race to be held concurrently with the UCI World Cup.

The POC ESC DH season kicks off on May 4th at the Duryea Downhill in Reading PA. It’s the most unique downhill race in the country. The Duryea Downhill takes place in an urban setting and ends at Reading City Park.

ENDURO CUP
The talk this year is all about enduro racing, it’s quickly becoming the discipline of choice for many racers. The POC ESC Enduro Cup returns after a very successful inaugural season of combining the thrill of DH racing with the fun of trail riding. The enduro series offers 6 events and features the most technical tracks at the best resorts in the east. The POC ESC Enduro chip timing system gives perfect results and allows friends to ride and race together, making for a fun, competitive day in the mountains.

FOX Racing will once again award a DOSS Seat post at every enduro race for the fastest climb of the day. The climb is not part of the race, just an extra chance to win a great prize. Wicked Wash has stepped up and will be awarding product to all the 4th and 5th place finishers also known as the “Wicked Wash Winners”.

On the 4th of July holiday weekend, riders from all over are encouraged to join the POC ESC at Killington Resort, VT, for the Second Annual East Coast Showdown. The showdown is the one event of the year where racers can compete in DH, Enduro and Super D all in the same weekend.

SUPER D CUP
New is the POC ESC SuperD Series, it’s being offered due to the great response at last year’s POC ESC SuperD test races. The SuperD Series consists of 8 races, 5 State Championships and is the USAC Eastern Regional SuperD Championship Series. The series will have a mix of mass starts by class and timed race runs. Super D starts at the top of the resorts and finishes at the bottom, just like DH with some peddling mixed in.

Willie Ford, North American Marketing Director at POC says: “POC Sports is once again very excited to be partnering with the Eastern States Cup. This is a very exciting year for the series, it’s positioned for some serious growth. We are excited to help the Eastern States Cup build a program that’s the best for the athletes, resorts and fellow sponsors. This is going to be a great year, trust me.”

The POC ESC has a very exciting schedule planned up and down the East Coast and we encourage you to come join the fun, competitive and family oriented race series that we have we all love. With a total of 15 State Championships, 5 Regional Championships and over $100,000 in cash and prizes you won’t want to miss this year’s POC Eastern States Cup.

“Between the downhill, enduro and super d events, the Eastern States Cup Series has something for just about everyone. The races have a reputation of being well run and at great venues, so everyone will have a great time. We are happy to partner with the ESC again in 2014 to offer the DOSS seat post challenge and the $1000 FOX Enduro Challenge.” according to Mark Jordan at FOX.

DP Brakes is very active in the motorcycle-racing world and have chosen the ESC to introduce their premier level mountain bike disc brake pad and rotor products. DP Brakes is sponsoring the $1000 DP Brakes Women’s Challenge in 2014. DP Brakes is also partnering with the ESC and CarbSport Energy Drinks to sponsor the “ESC Ladies Lounge”. The Ladies Lounge will be the headquarters for women racers of all ages and abilities at ESC events.

To learn more about the Eastern States Cup visit our website. Feel free to reach out to the ESC via email, Facebook, or twitter. We love hearing from racers and are excited to see you all at the races this year. 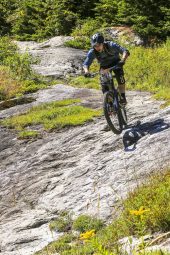 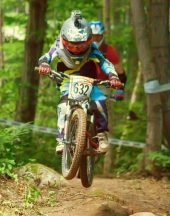