“What a season it’s been… It’s been a jam packed year full of laughs and good times with Peaty and co, but unfortunately this season has come to an end.” Check out the final episode of Season 2 inside.

If you’ve missed out on Season 2 be sure to revisit the previous episodes.

With the up-coming release of Steve Peat’s life story ‘Won’t Back Down‘, produced by Clay Porter and John Lawlor. We take a look into what went into making the masterpiece…

Just as the alcohol had left the system from the Sheffield World Premiere, it was time to hop on a plane one last time this year and head to Santa Cruz, California, for the USA premiere and a chilled week.

We can’t thank you enough for tuning in each month and all the comments and stoke we receive from you all each month, it’s truly what keeps us going!

This isn’t the end of the road for Peaty and co by any means though… Season 3 is being brainstormed as we speak, so look out for more on that early 2014!

Merry Xmas and see you all next season! 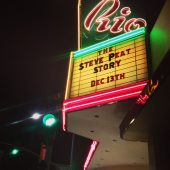 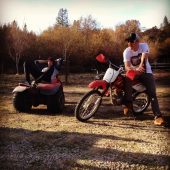