The 2013 Mountain Bike World Championship is being held in Pietermaritzburg, SA this weekend and things are looking good. Check out a variety of updated videos from the race as well as results inside.

21 year old George Brannigan had his best ever result at a World Championship today here in Pietermaritzburg when he took 13th place, just one spot ahead of team mate Neko Mulally. The two riders looked solid all week and were happy with their performances on the demanding South African track. Meanwhile Brook MacDonald, who had earlier this week decided to end his season after this event so he can return home for important shoulder surgery, was unlucky to clip a tree and lose time, settling for 24th place.

For MacDonald the decision to return home has not been easy, but after getting further advice on the rotator cuff tear in his left shoulder, it’s clear that he needs immediate surgery ahead of a recovery period of a few months. With an earlier start to the next World Cup season in 2014, the team supports Brook’s decision to head home.

George, who himself has been on the road to recovery since he had knee surgery after season 2012, has been steadily rising back to his top form in recent races.

George said: “Both here and at Crankworx I’ve started to feel like my old self again. I thought it would only take a couple of races to get up to speed, but it has taken a fair bit longer. This is my best result ever on this track and I’m now really looking forward to one of my favourites, Hafjell in Norway in a couple of weeks”.

Neko said: “When I arrived at the finish line today I was a little disappointed with myself because I still had some gas left in the tank. I needed to attack a little more and I guess that was the difference between 14th and a top 10. I’m still happy though and have learned from today’s experience”.

Both George and Neko will head to Norway in 2 weeks for Round 5 of the World Cup. 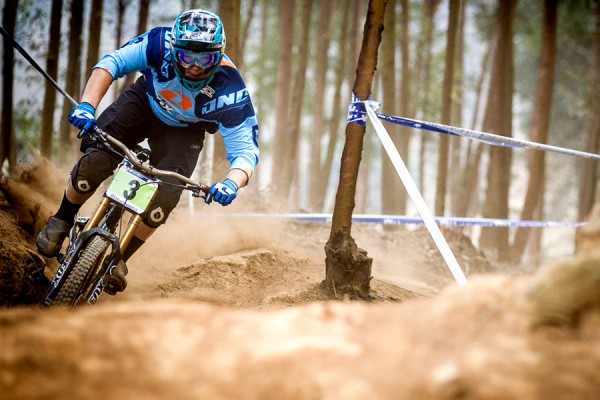 This win makes the entire season worth it. Having not done as well as I hoped all year and pulling off this win really made up for the depressing prior months. With this win ticked off in my book of accomplishments, I think it will help me stay focused and motivated for next season. The task of mixing in with the Elite men will be difficult, but it’s one that I’m ready for. I want to keep improving on what I know I can do. Being just outside the top-20 last year and then not being able to pull runs together this year will make me even more driven to lock myself into the top-20 for 2014. I have high hopes of cracking top tens like other first year elites that have come up through the junior ranks. – Richie Rude 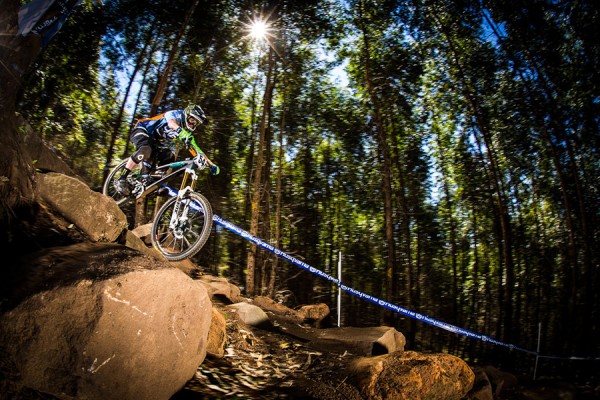 I’ve been keen for World Champs all year, as it was my only goal with DH racing for the season. All of the other DH races I did this year were just to get selected for the national team and get to Pietermaritzburg, while not risking hurting myself for the enduros in the process. There was certainly an added level of pressure for the race given that it was my only DH racing objective. But, since Enduro racing was the season’s focus, I also felt very relaxed going into and throughout the week… – Jared Graves

Helmet Camera – This Is Peaty