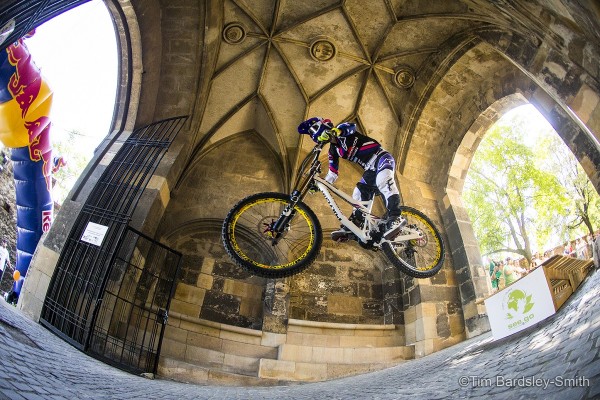 Marcelo Gutierrez has won the Bratislava City DH race this past weekend besting many world cup downhillers including Brendan Fairclough, Filip Polc, Tracey Hannah, and many others. Check out the videos inside to see more from this event.

With the team split up for a bit of a break, Tracey and Fabien had both been invited to Slovakia for the Bratislava City Downhill an event put on by our good friend and fellow rider Filip Polc. The Slovakian local has a bit of reputation for Urban Downhill, and the course represented this. With many jumps, kickers, stair gaps, wall rides and drop’s. Straight away both Tracey and Fabien were un-easy about the somewhat difficult course. With no room for error you had to be on your game the whole one minute track.

Fabien decided to hit the course full speed and came a little unstuck on the technical stairs section, trying to triple into it. Check the video. Fabien was a little bit of a broken man, sustaining both an ankle and hand twisted. 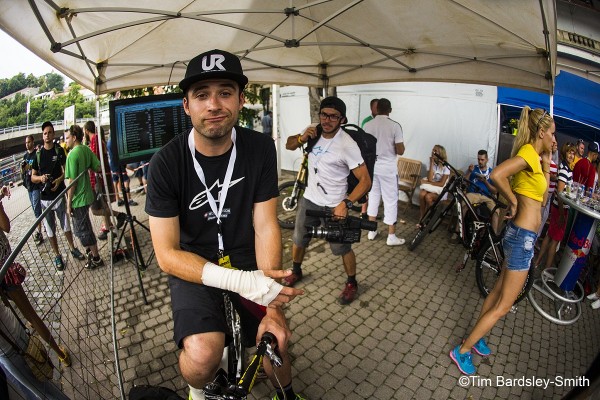 With Tracey being the only girl invited she was a little bit nervous coming off some big injuries, but she saddled up and rode straight into the first jump clearing it with ease, and rode into the rest of the course, with a pace not too far off the men. With a couple of creative lines around some of the more technical obstacles she had come down with a respectable time.

All up it was a super cool event, with an amazing crowd and an awesome after party with some good catch up’s with old friends. Next up the whole team heads to Les 2 Alpes for Crankworx Europe. 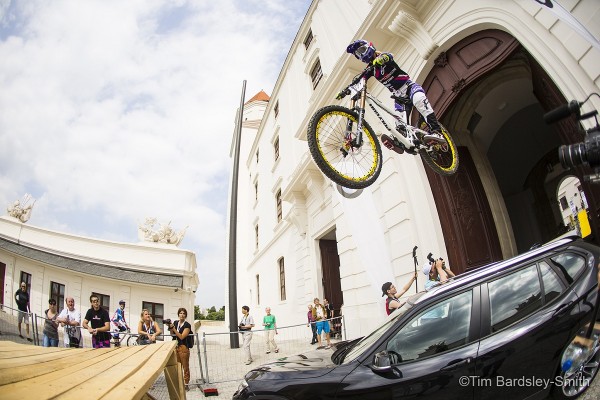