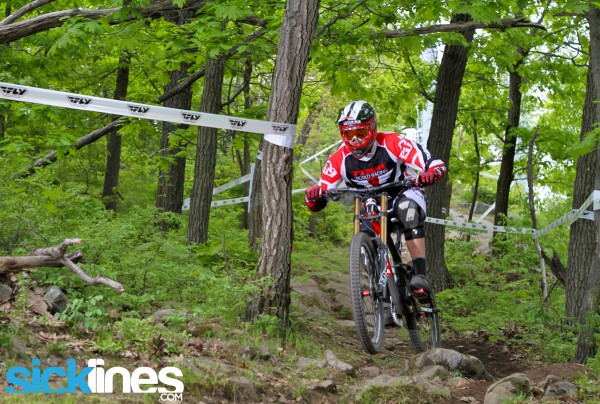 Neko Mulally wins the Plattekill Pro GRT race that took place this past weekend. Details from Trek World Racing inside.

Yesterday marked three races from three on the US East Coast where Trek World Racing team mates Neko Mulally and Brook MacDonald have shared the top two spots on the podium. Yesterday it was the tall Pennsylvanian’s turn to take the win.

Plattekill is located in the New York Castskill mountains where the weather felt more like winter with heavy rain and even snowfall at higher altitudes. The sun finally came out towards the end of the race but not enough to escape the fact that it was mud racing all weekend. Neko qualified fastest on Saturday and then eventually took the win with 2min 15.33secs and Brook was 1.6secs back.

Full results can be seen here

Neko said: “It was a really fun weekend racing on the East Coast. I felt comfortable in the mud and knew It would be close between Brook and I in the final. It felt great to be the last man down the hill and see the number 1 on the score board. Brook is a really talented rider who I look up to a lot so it made me feel good to be running his pace the past few weekends. I’m excited to take this momentum to Europe.” 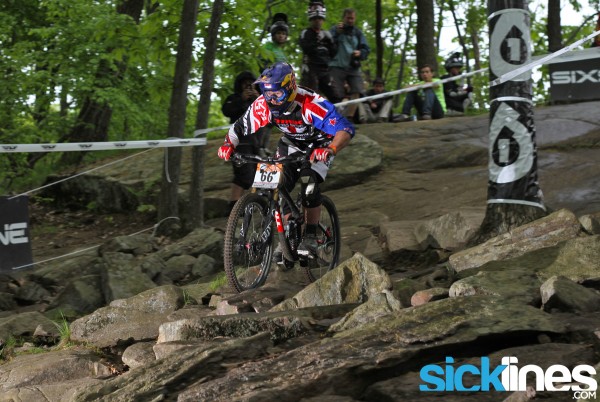 Brook said: “Stoked for my team mate Neko on his win. Could have been better for me today but all in all a great set of races here in the US. I’m looking forward to getting to Europe and starting the World Cups now!”

This wraps up the team’s East Coast campaign with 3 podiums. Brook and Neko fly to Scotland tomorrow and join up with team mates Greg Williamson, and George Brannigan who’s making his return to racing for 2013. The team will compete in this weekend’s British Downhill Series Round 3 in Innerleithen, Scotland, leading up to next week’s World Cup opener in Fort William.

A huge thanks to the organizers in Mountain Creek, Plattekill and Duryea who always roll out the red carpet and take great care of our riders and team.