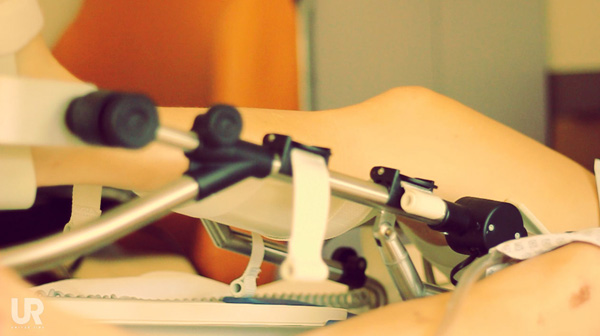 Tracey Hannah was in the hospital after the France World Cup

Team United Ride sent though an update on Tracey Hannah. Last we saw of her, she had a big crash at Val D’Isère (France) during the world cup and was mending her injuries towards the end of last season. Read her update inside.

We’re happy to let you know that Tracey is now back on her feet, riding and training to be ready for the upcoming season, here is an interview in which she tells us a little bit more about her recovery :

“We all remember the really bad crash Tracey had last season at Val D’Isère (France) during the world cup. 7 months after her femur surgery she’s back on a bike and more motivated than ever. Time to catch up with her after a work session in Alltricks’s office, in Paris (Video)! 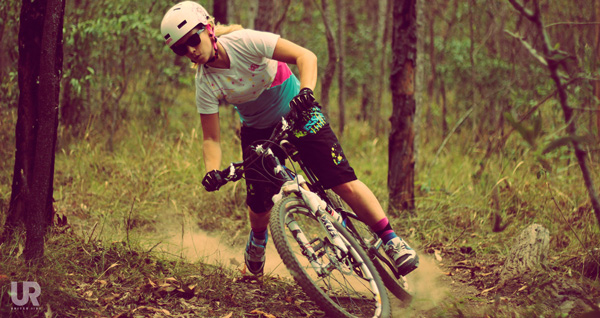 First of all, what everyone wants to know, how is your leg and will you be racing next season?

What an experience! When I broke my leg I had never broken a bone riding Dh. I had never even stayed in hospital before. So when I realized that I was taking a trip to the hospital, in a helicopter, through the French alps, I was in shock. 3 weeks later I left the hospital and flew home to Australia. All through hospital and my recovery I knew that no matter what, I was going to race in 2013. So, Yes, for sure I will be racing. My leg is going really great. I have been riding xc and it feels good, I am waiting for my new Dh bike and when it arrives it will be just perfect timing to ride again.

How has your recovery been? Can you ride normally again yet?

I haven’t really sat still to think that I am recovering, its more just a set-back in my training. I feel like I am getting stronger and fitter everyday. I haven’t tried Dh to see how normal I feel but the longer I wait the more keen I am. I have been pushing it on my xc bike and I can’t wait to go fast on my dh bike again. When my bike arrives I’m pretty sure I will ride it out of the cardboard box I’m so keen to ride a dh bike. ‘Big Grin’

You were in the same team as your brother (Mick Hannah), how did you like it?

It was ok, he snores pretty loudly and he has to have his bluberries and the bananas must be yellow smile. He taught me a lot about my bike and about riding this season. He is really encouraging, not only to me but to the whole team. It couldn’t be better. I really enjoy being on the same team as him. After I broke my leg he was at my bedside every moment that he possibly could. Except for his seeding and race runs.. He is an inspiration!

What are you plans till the start of the season?

I’ll be going on a trip overseas to an exotic destination for the team presentation. Training on my bike, in the gym and at work. Learning how to ride downhill again, stronger and faster than before, on a shiny new bike. I am hoping to attend a couple of National races here in Australia, get the feel for racing again before the World Cup season starts back up.

We heard quite a lot about woman racing in 2013, points, prize money, what’s your opinion on the subject?

As women’s racing grows the rules will grow with it. And as the rules change and move forward supporting women in dh then the women’s racing will grow. We are getting a lot of support from the public and its helping us so much. The sponsors are realizing that it is worth it to have women on their team.

What do you think of the women’s racing scene?

Its a slow process but it is definitely growing. The up and coming talent is crazy… I think every year the women are pushing the limits and getting faster and faster.

Which track are you exciting to ride next year?

South Africa…. Its the fastest track of the season. I love going fast, no brakes, big jumps.

Tracey is grateful for a healed leg

We wish you good luck for 2013 and can’t wait to see you back on track!

Thanks. Can’t wait to be back on the track. Just because I broke my femur doesn’t mean that I won’t try the same. If you put your mind to it, and you want it, there isn’t much that can stop you from doing what you love.