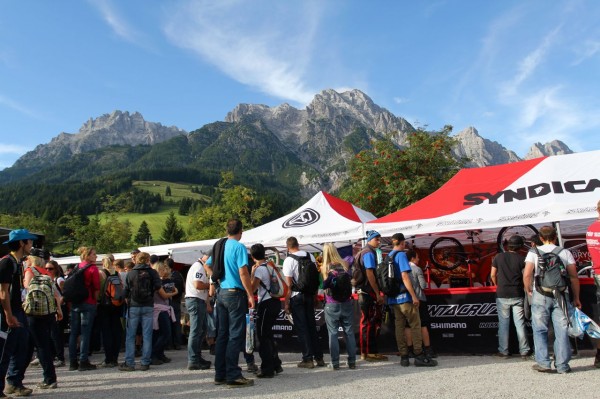 “This was a team effort” said an elated Minnaar afterwards. “From Marshy (mechanic) to Roskopp (team owner) and everyone in between…. THANK YOU! I’m honored you have supported me on climbing to the top of the podium and receiving Gold on behalf of you all. I’ll put that jersey on with pride next week in Norway, and in 2013 I will do my best to reverse the curse of the World Champion’s Jersey!” 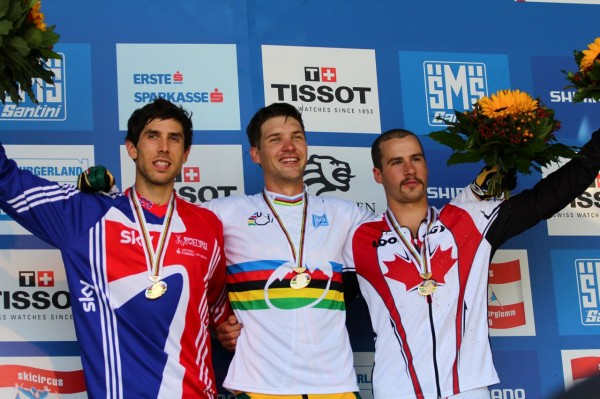 Sunny skies greeted the riders on race day, but there’d been dark clouds for the Syndicate just hours before the finals. Steve Peat collided with teammate Josh Bryceland as they both tried to avoid a rider who’d stopped on track during the last practice session. Team mechanics Ricky and Doug scrambled to repair the damage, and had the bikes ready to race again just in time for the finals. But more stormy times lay ahead for the two Brits. 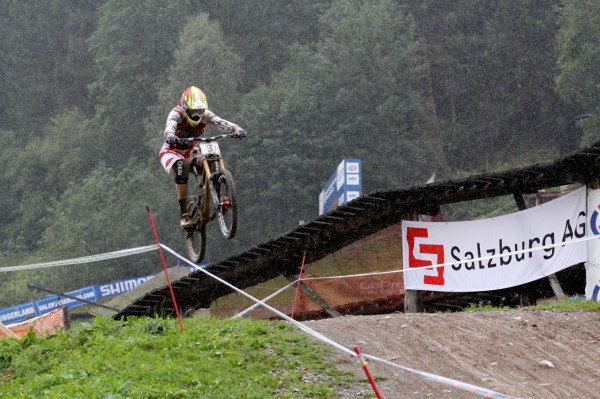 Lots of wet weather most of the weekend

Fresh off the back of his British National win, Steve came into his record-breaking 20th World Championships on strong form. Almost 2 seconds up during his run, and quickest through the speed trap all day, the former 2009 World Champion was proving once again that he just won’t back down. But disaster struck further down the course and Steve took a tumble into the barriers, taking him out of contention. 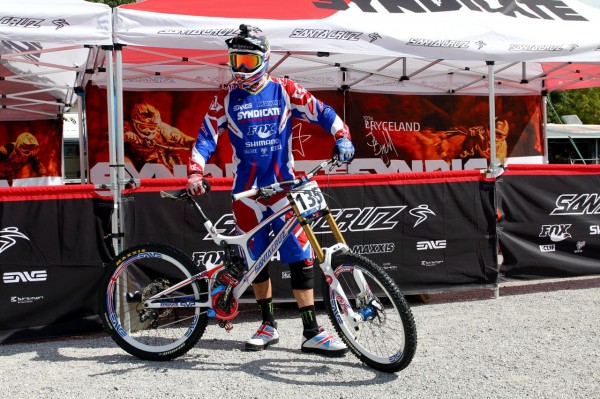 Next up, Josh looked to also be on a charge, boosting the second table top in typical Rat Boy style… but a slippery section in the woods saw him slide out, and straight down the leaderboard. So then it was up to Greg. Consistently half a second up at the 1st and 2nd splits, the South African didn’t disappoint, crossing the line in Gold Medal position and sending the crowd mental! When main rival Aaron Gwinn suffered mechanical issues, Greg was the first to offer his commiserations before graciously accepting the World Title.

“The podium was a tearjerker!” exclaimed Team Manager Kathy Sessler “Greg was beaming, and tears welled up in his eyes. He proudly accepted his medal and while the South African national anthem played tears rolled down my face.” Greg Minnaar races in his new rainbow stripes at the last round of the World Cup in Norway on the 16th September. The following week he attends Interbike in Las Vegas, to present his history-making Santa Cruz V10
carbon to the public. 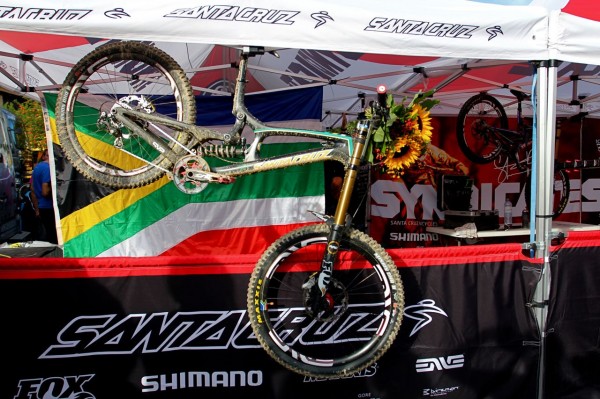 Check out our 2012 Leogang World Cup page for more pictures, and videos.