For 2013 FOX has some big updates for a variety of their products.  They’ve included a new 34mm chassis for 26/650b that sits inbetween the 32 and 36 series forks.  In addition to that, they’ve updated their air system to allow for easier usage of full travel. To top things off, they’ve simplified the adjustments to a Climb – Trail – Descend knob on their front fork range to match their new rear float CTD shocks and DOSS seat post.  Details inside on these items and more.

FOX (http://www.ridefox.com) has a lot of new stuff for their 2013 range and we take a look at most all of the updates right here.  Their focus in the 2013 range seems to be focused on the 100-160mm travel bikes  mostly with a variety of new forks, updates, and new shock offerings.  When it comes to setting suspension up to match front end feel and rear end, it can be a bit daunting for some with all the knobs.  FOX aims to quell this with their updates for 2013.

Across the board quickly we’ll discuss a few similarities across their lineup of products.  Their new mantra, Climb – Trail – Descend (CTD) is a quick three position setup designed to simplify the suspension system understanding necessary for suspension set up. Paired with their DOSS seatpost that also has the same 3 positions CTD positions this should prove easy for most riders to understand their settings easier.  The big blue CTD lever on the front and rear suspension are designed to give riders an easy way to know what setting their suspension should be at and have it work harmoniously together with minimal effort.

On select Float CTD shocks and CTD equipped shocks, there is also an additional adjustment called “Trail Adjust”.  On the fork its a black knob around the outside of the CTD knob.  This provides the rider with an additional (3) adjustments to rotate through (firm, medium, soft) when in the Trail mode of the CTD knob only.  This gives riders the ability to fine tune the trail mode.  They also have the rebound knob on the lower right of the fork leg. With the inclusion of CTD in most of their forks and shocks, FOX aims to help the user get an ideal setup much easier.  While we didn’t get any time on it yet, fundamentally this is a good idea for the 90 percentile.  Some adjustability may be lost but I suspect a lot more people will be better off and then certainly some will miss some of the wide adjustability that they were used to before.  With the trail mode adjust knob, having this additional adjustments in trail mode will have most riders in Trail mode for most of their riding.

To top things off, FOX also has a CTD remote lever that will enable users to adjust their fork and shock in unison through the CTD settings.  You could also wire up just the shock or fork as well. Personally I think this CTD lever is a neat feature but I question having the front and rear adjust in unison for my tastes. With one lever to change both front and rear CTD settings in unison it may not be ideal in all cases as sometimes you may want a slightly softer rear setting or vice versa and using the lever would force you into a mirrored setting that you might not be after.  In addition to that you’ve got additional cable clutter to sort and less handlebar space.

Moving the focus to the shock, FOX has a new bushing setup that is retrofittable to current FOX shocks as well.  FOX claims less friction in this new mounting hardware. Shifting the focus to the front of the bike, FOX unveiled a variety of new updates to their FIT fork lineup.

650b seemed to be a key point and FOX was on point here as well offering two 34 series 650b fork at 160mm in the Talas and Float options as well as offering two 34 FIT series forks for 26″ wheeled bikes too. FOX’s new 34 series suspension fork sits in-between the 32 and 36 series FOX forks.  The 34 series fork range is ideally suited for trail and all mountain riders.  It is available in 15QR axle only with a 1.5″ tapered steerer tube. The 34 series fork offers a stiffer chassis that isn’t quite as robust as a FOX 36 fork, but takes cues from it without adding too much weight.  It boasts 34mm stanchions, a beefier crown, and an overall bigger chassis than the 32 series. The FOX D.O.S.S. seatpost was also being shown and features some interesting tech behind it.  Following along the CTD mantra of the fork and shock, the D.O.S.S. post also features a similar 3 settings.  FOX’s seatpost uses a dual internal cam system to yield accurate and secure connections. The middle setting offers a 40mm drop with the cable actuated dropper post.  Pneumatic adjustment allows the rider to adjust the return rate that seemed to allow for a good return speed that was not too fast and not too slow. One thing that sets the FOX dropper post apart from the competition is its ability to drop to the middle setting by pressing the black lever.  This lets you get the saddle dropped to the middle setting without any guesswork required.  The lever is able to be mounted in 4 spots (left / right & top or bottom)

Often times i’ve found that I like the saddle positioned in the middle for descending as it lets me adequately clinch the seat with my thighs for control.  Some riders might not ride like this but personally I feel like it gives better control for my height to have the seat not fully slammed down.

Lastly, FOX integrated a numbering system on all their 2013 products to allow users to use an Iphone/Ipad / Android application to help them in tuning their bike.  Look for this application to drop in June. If you recall during interbike, they were showing off a pretty slick setup that you can see below that combined similar functionality with a smart pump.

They’re still developing this full system but it appears they’re bringing some functionality to the consumer with their mobile application in June 2012. 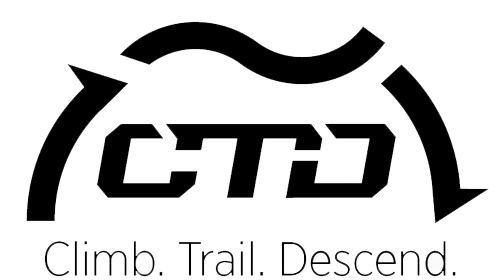