Shimano’s new gruppo, Zee, offers a lot of bang for the proverbial buck.  Taking queues from the new M820 Saint components, Zee has a lot going for it when you compare it against higher end Shimano component.  Matt gives  us a quick run down inside on the new Zee products.

At the Sea Otter launch Shimano’s budget priced Zee components were a big hit amongst media and consumers alike.  When you consider that the Zee component lineup is almost as feature-rich as the new Saint components its no surprise why everyone was excited about this new gruppo. 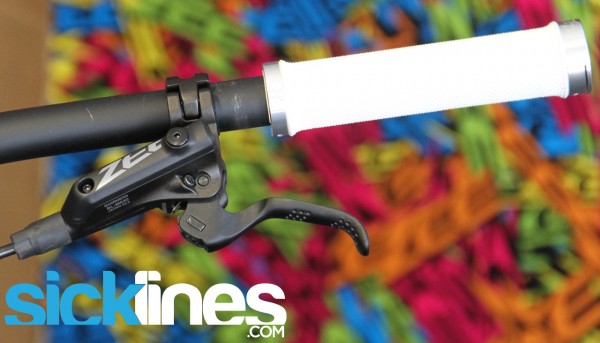 Surprisingly, the Zee brakes aren’t far off of the big brother Saint setup.  While it may not have the same exactly makeup of the more expensive Saint brakes, the Zee brakes can be upgraded to be nearly identical with the use of ice-tech pads and ice-tech rotors. If you were to install the same pads and rotors you’d be hard pressed to tell a significant difference in performance we’d wager in most situations.  They lack the tool free reach adjuster at the lever but still feature numerous Saint-like properties like the short lever blade, high power hose, servo-wave technology, and more. 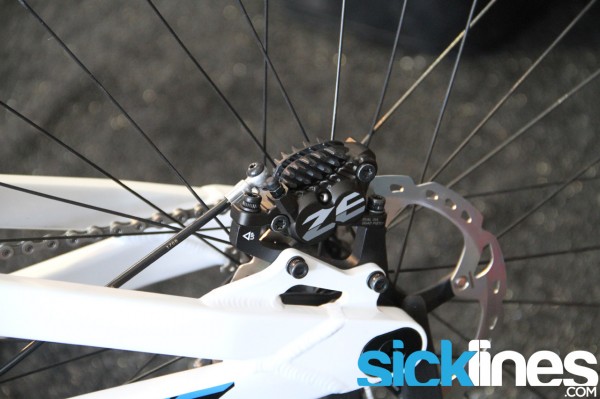 Moving backwards, the Zee derailleur also gets the Shadow Plus system that the new Saint gruppo also has.  The shadow plus allows the derailleur to utilize an internal clutch that helps the derailleur resist movement when extending foward. 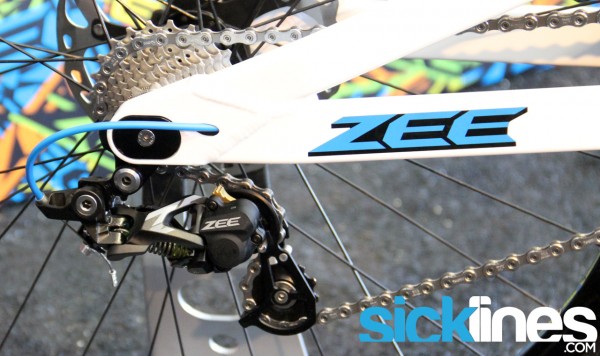 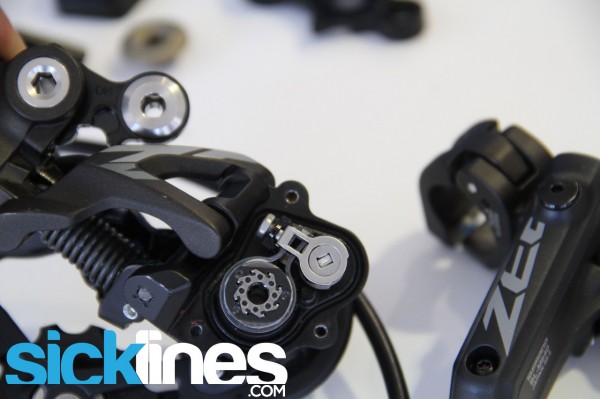 This is the clutch, where all the magic happens on Shadow Plus

You can learn more about how the Shadow Plus works in the video below we shot with Joe during Interbike last year.

The Shadow Plus system yields a much quieter bike and better chain management, especially in rough terrain. The Zee drivetrain felt quite good in comparison to the new M820 Saint setup. While not quite as smooth as the Saint system, I suspect this is due to the shifter predominately. Numerous updates have also been made on the M820 Saint shifter such as the usage of ball bearings to improve its feel as well.  The Saint rear derailleur also has numerous upgrades over Zee however such as the wider pivot stance, and a wide lower link to name a few benefits.

The Zee shifter is pretty impressive as well when you consider all the features Shimano has added.  It has a good feel to it and while it does share some similarities to Saint like the textured lever blades, it doesn’t have identical internals that the new Saint shifter has. The M820 Saint shifter offers additional benefits like a longer lever, ball bearing pivot, instant releas,e as well as other benefits such as the ability to shift one or two gears when pressing the lever to get into a harder gear.  Zee uses a Dyna-Sys compatible cable stroke, which Shimano has designed to provide a linear shift effort, easy set-up and accurate, stable gear changes. Zee has all new paddle shapes with 2-Way release as well. 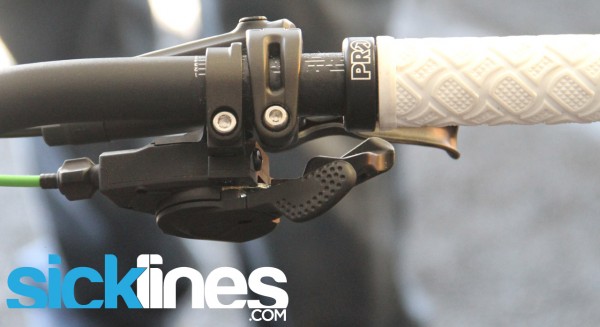 If you had a little bit extra cash to spend, it would be wise in our experience to spend it on the newer Saint shifter over upgrading the rear derailleur to Saint.  We’ve found that the higher end shifters from Shimano (and SRAM alike) make a noticeable difference in shift quality as the upgraded derailleurs typically don’t offer the same amount of improvements over a slightly lower spec rear derailleur.  In gravity riding, the derailleur is also susceptible to being damaged from crashing or impacts and its nice to have a cheaper replacement should the need arise.  You won’t get that external bling-bling look when riding by your buddies that a higher end derailleur carries but you may experience better shifting. Manufactures tend to equip bikes with a higher end derailleur than a higher end shifter and it makes sense given the visibility the derailleur gets over the shifter.  In a functional world however we’d pick a higher end shifter on a gravity bike if we had to pick and choose. 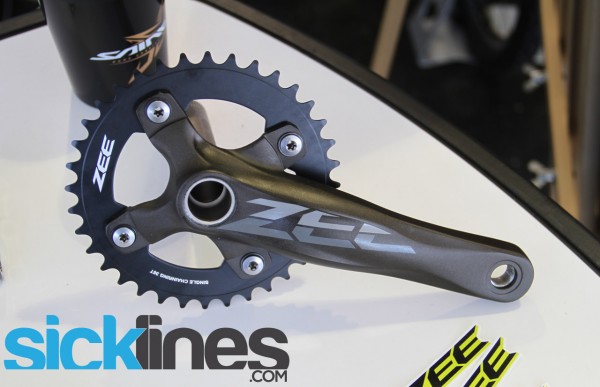 Clamping to the non driveside arm is classic Shimano if you’re familiar with their two pinch bolt system.  The Zee cranks have a nice sculpted look to them as well which looked quite good on the bikes.

The Zee cranks, like the Saint cranks, use a wide 4.5mm chainring tab.  They’re forged 6000 Aluminum.  While not quite as burly or as stiff as Saint, don’t be fooled into thinking they’re cheap or not Gravity capable cranks.  They feature an axle 30% stronger than comparable trail cranks and steel pedal inserts as well.  Options include single ring 34T/36T/38T; FC-M640 68/73mm BB and FC-M645 83mm BB. Zee cranks are also Pressfit compatible. 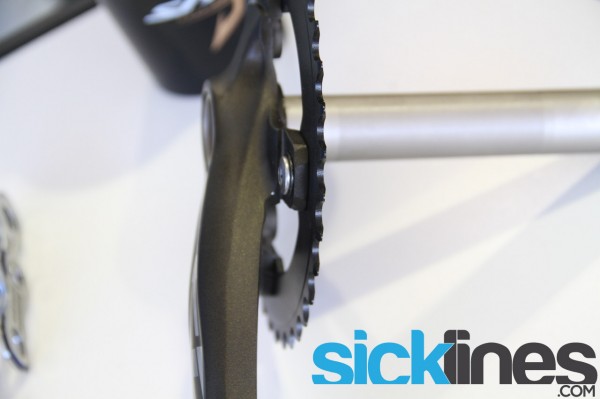 check the earlier Zee post for more info on pricing

You can pick up Zee in July 2012.  Read more about Zee in our earlier post to learn more about its features.

Check Shimano.com to learn more or visit your local dealer.