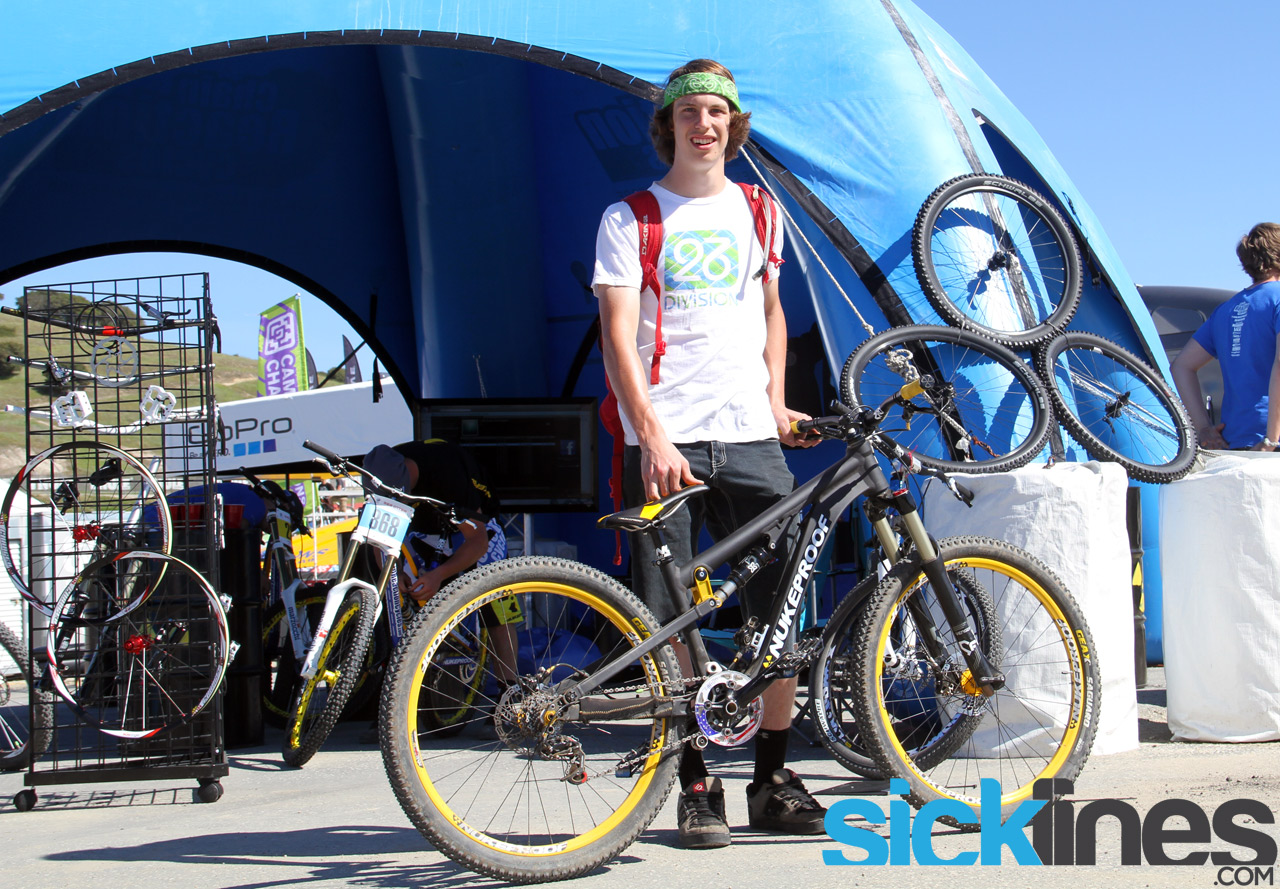 Nuke Proof’s Jack Fogelquist had a new prototype slopestyle bike at Sea Otter that he has been testing out.  Check it out inside. 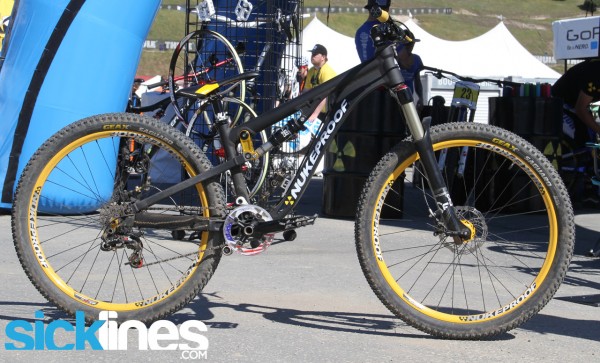 The Nuke Proof Rook prototype is a single pivot with a linkage actuated shock. 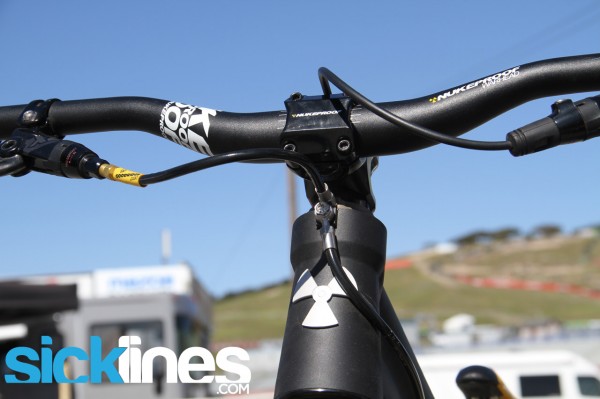 Jack wrapped a piece of rubber with a hose clamp to keep his cranks from rotating when he’s doing slopestyle tricks. 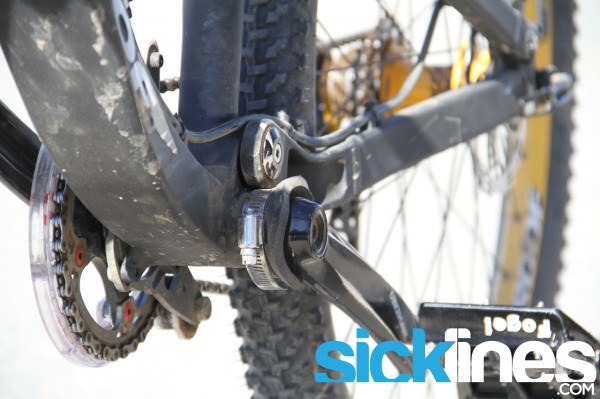 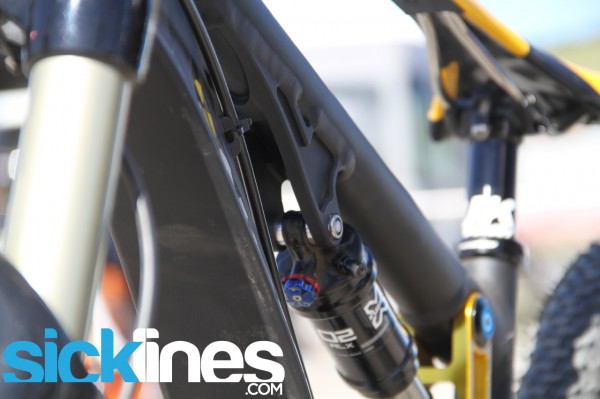 Jack’s shifter is mounted on the downtube and out of the way. 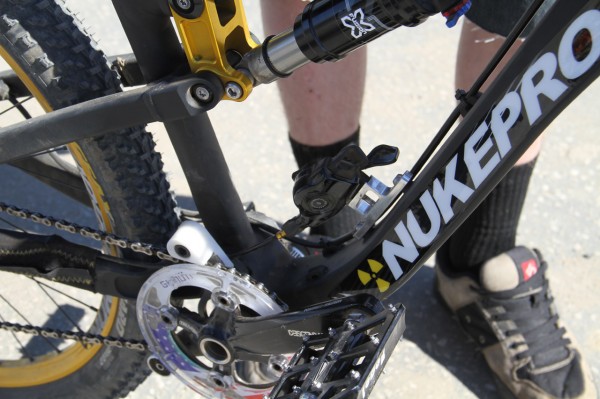 The headtube has an integrated gyro setup so he can bar spin without tangling cables to his heart’s content. 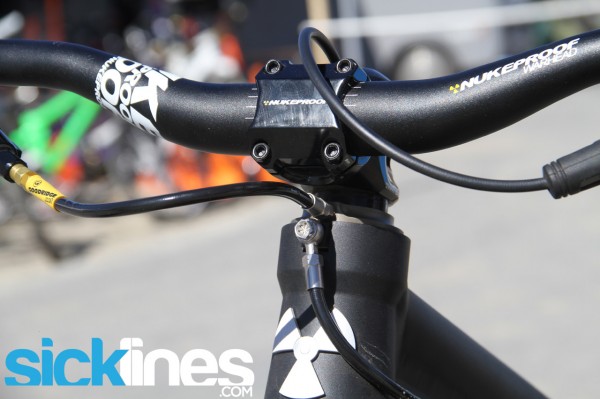 Jack will be riding most of the major slopestyle competitions so keep an eye out for him and his prototype Rook. 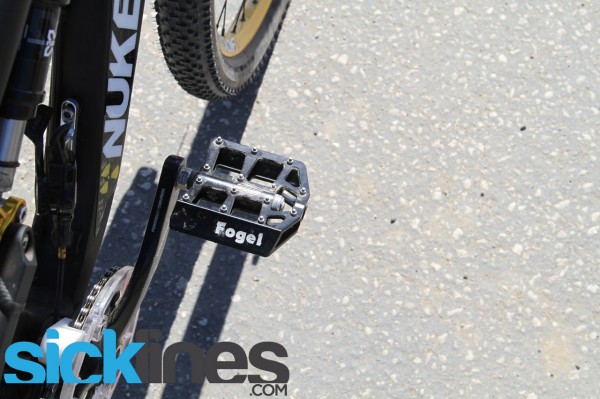 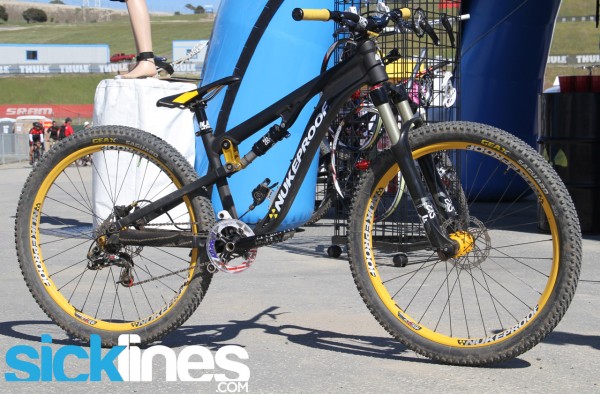