For 2012, Avid has replaced the Elixir CR brake and it its place is the Avid Elixir 9. There are a variety of changes with these new brakes that are sure to please many riders. Details inside. 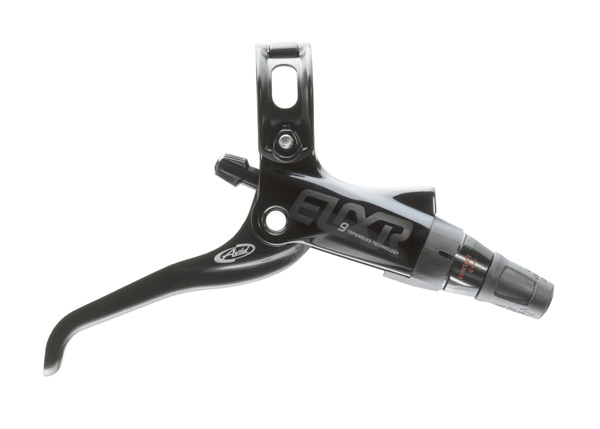 To start, the Elixir 9 features an updated TaperBore system, carbon brake levers, a new two-piece caliper, as well as new HS1 rotors.  There are a variety of other updates as well that are detailed below.  Designed to work in multiple cycling categories, the Elixir 9 is intended for XC, Trail AM, and DH use.

The adjustable banjo bolt to lets you reorient the brake cable coming out of the caliper.

Elixir 9 comes loaded with sintered brake pads out of the box as well.  This is a nice thing to see as I prefer sintered pads for my riding. They provide better heat dissipation and power in general but might not initially feel as powerful as organic pads. On the shop floor or in the parking lot, an organic pad can make a brake feel strong and potentially mislead a consumer to think the brakes are strong. However, once you get up to speed with the pads bedded in properly , the benefits of a sintered pad quickly show their dominance. Glad to see them on the Elixir 9’s out of the box. 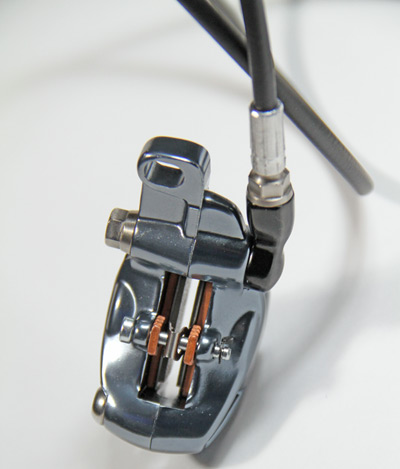 The TaperBore system has been revised and they have developed a new bladder material, simplified / moved the bleed port, and put a new air trap feature to help make the Elixir 9 easy to bleed. 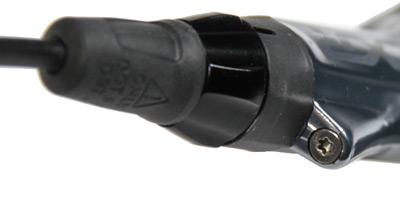 Out of the box, we decided to bleed the Elixir 9’s and the revision’s they’ve done make bleeding the Elixir’s an easier air-free affair. These are much faster to bleed properly than previous Elixir’s in my experience as the air seem to be much easier to get out with this system. 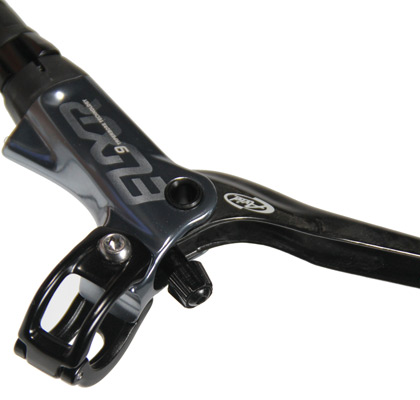 The Elixir 9 also has an adjustable pad contact adjuster that lets you quickly adjust the point in the lever stroke for the pads to contact the rotor.  This helps you ensure that both brake levers engage at the same point with ease.

The hose interface to the brake lever often can cause binding on most disc brakes as once the hose is tightened to the lever it can twist the brake line.  Not so with the Elixir’s, as the brake line is free to pivot once attached so brake cables won’t kink up or twist at the lever. The hose is free to re-orient which enables twist-free lines. 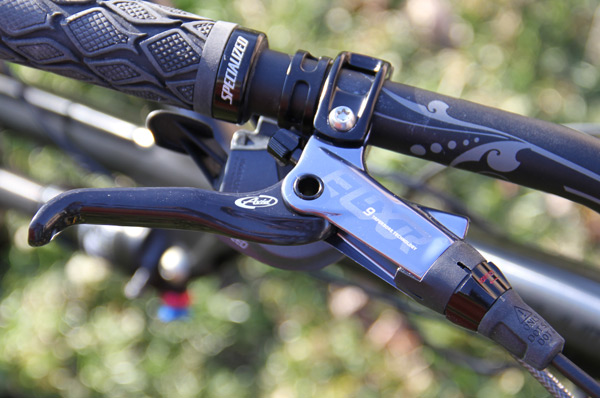 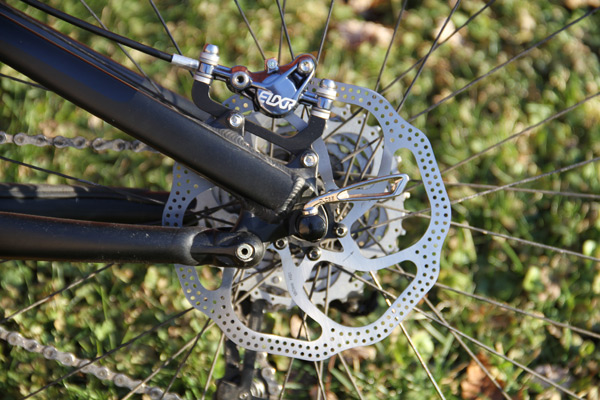 The Elixir 9 is Matchmaker-X compatible so you can purchase a MMX adapter and run your brake and shifter off of one clamp.

If you’ve got a RockShox Reverb seat post, there is an option to integrate that as well should you choose.  The Matchmaker system helps clean up the bar quite a bit.  It helps you get all your controls in places that are hard with multiple clamps competing for bar space. 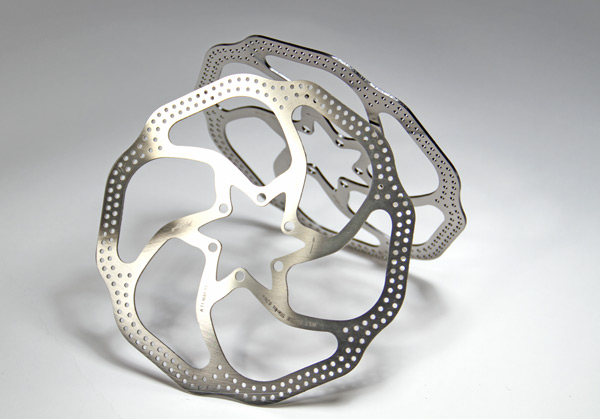 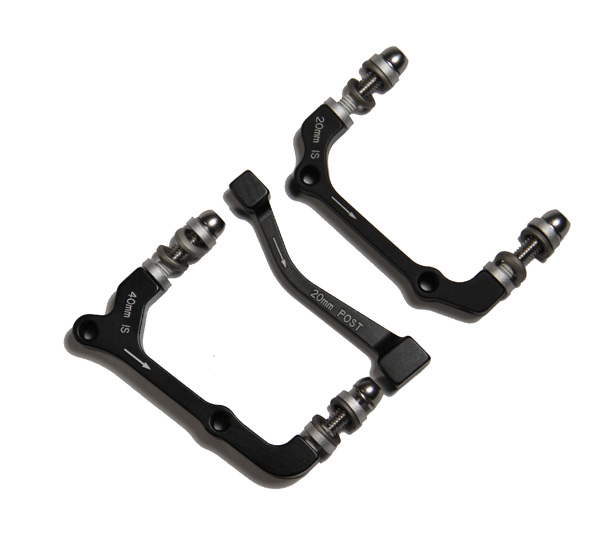 The 2012 Elixir 9 brakeset has a lot to offer consumers and at a decent price. Avid has packed a lot of features and power in the Elixir 9.  Not to mention at a very good weight.