For 2009, a new East Coast USA team is born. Read the details on the team inside.

“2009 Race Season will be the new beginning of the Giant 2Wheel Freaks East Coast Mountain Bike Downhill Race Team. This team will consist of 8 teammates in which 4 are in the North East and 4 are in the South East.” – 2WheelFreaks 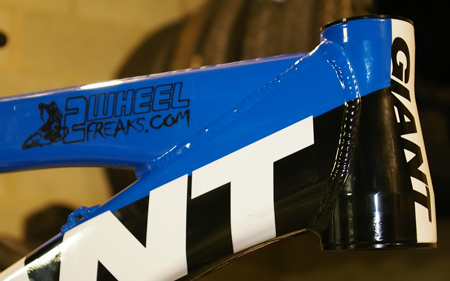 Why did you guys feel there was a need for a team like this?

We wanted to have total coverage of every race on the East Coast throughout the 2009 race season. Each racer has proved themselves in some way within their Downhill community to be part of this team. Whether it being one of the fastest in their race class, a good spokesperson for sponsors in their area, or known for giving back to the sport. They all deserve to be part of this team in some way or form.

The team members consist of:

How did the Team get started?

Talks about putting together an East Coast team started back in May of 2008 at the U.S. Open when Cecil Linder and Dennis Yuroshek were having beers with friends after practice. After 5 months of talking to future sponsors and potential riders the team was born. Our sponsors had a big play in helping the team come together. If we were not able to offer our riders good products to race on along with great support we wouldn’t have the talent we have. 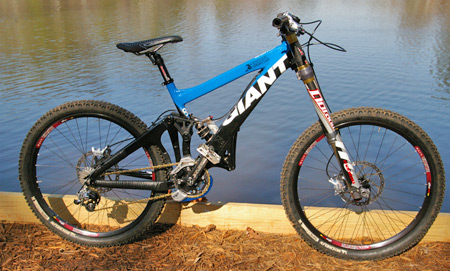 The 2009 sponsors of the team include:

The plan is to give as much coverage at all the races on the East Coast for our sponsors. We plan to hit up most of the big races as a full team like the Massanutten DH, U.S. Open at Diablo, Windham Resort National, US National Championships, some of the Snow Shoe races, and then the Paris Mt. DH races in South Carolina. The Northern Team (Memmelaar, Walter, Yuroshek, and Mihalick) will also be hitting up all the Northern races in between. The Southern Team (Quehl, Linder, Pitts, and Nelson) will be hitting up all the Southern Races in between. We will all have full Pit Set-Up’s at all the races so we will not be hard to miss. Anyone is welcome to stop by and try out our bikes and say hey. We are just a group of guys, just like a lot of other racers out there, trying to have fun riding and racing our bikes.

Well, we are very lucky to have such great product to race on this year even with the economy the way it is. We will be racing DH on the Giant Glory with all Manitou suspension. The all new Manitou Dorado was the biggest surprise!!!! There’s a good informational writeup of it here.  They have really stepped up their game with this fork. I mean, it just makes you want to go faster knowing how well it tracks and absorbs the hits under you. Other parts are Manitou Revox rear shock with Obtainium Ti spring, SunRigle ADD Lites wheels, Hayes Stroker Ace brakes, RaceFace Atlas cranks, RaceFace bars and seat post, SunLine Direct Mount stem, ODI grips, MRP G2 chain guide, KMC chain, THE Flow seat, Crank Brothers pedals, and SRAM X.9 shifter and derailleur. The bike is at 40.7lbs right now with the tires on it. We are sponsored by ITS tires and are waiting on the new 2009 tires to come in. Once we have them the bike should come in around 39.7lbs. 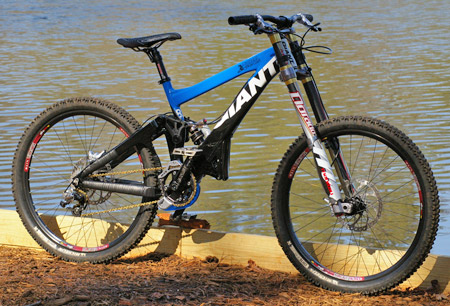 For DS and 4X some of the guys will be racing on the Giant TranceX or the STP. Those bikes will vary on the build but with sponsors products.” 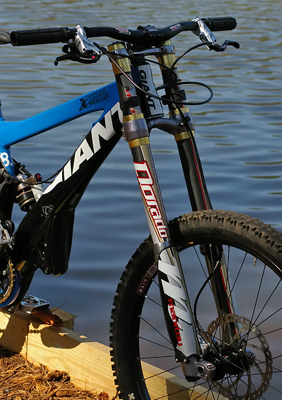 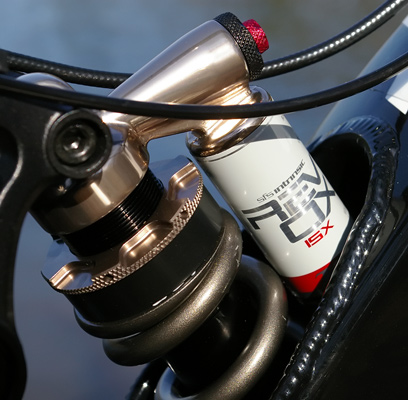 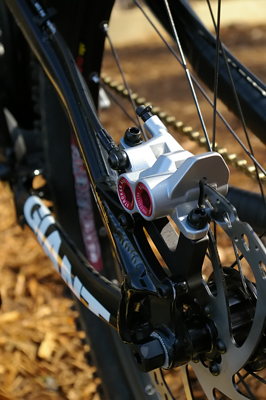 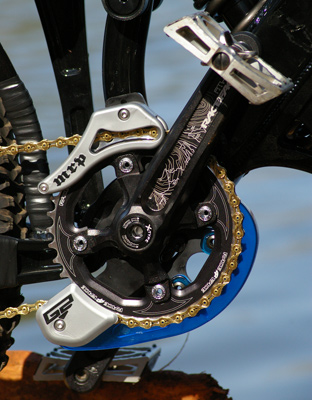 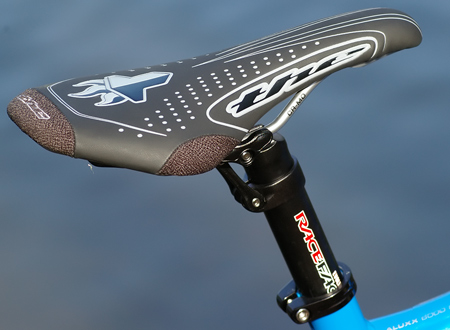 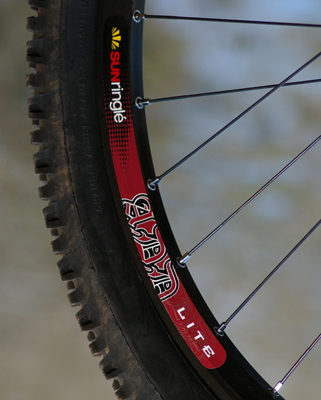 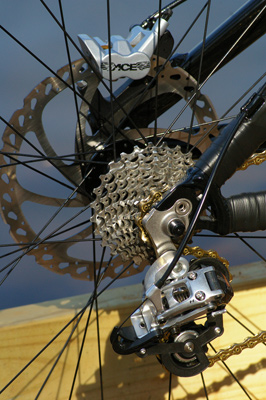 Anything special that you’ve changed to get these spec’s?

Yea, with just about every part changed on the bike from its stock from we were able to achieve a few geometry tweaks as well as an overall lighter weight.  One example of a change we did was swap the rear stock Glory axle with a Sun Ringle one.  It dropped the weight .3lbs (138g) in just that one part.  The parts from the rest of our sponsors also helped significantly in helping us get what we feel is the best setup for the Giant Glory.  Check the sicklines weight gallery or weight section for some of the weights of our build.

To get the front end a little bit lower we also swapped out the lower headset cup for a flush mount.  This let us drop the front end a good bit more and get the bottom bracket a bit lower too.  The Manitou Dorado also has some adjustability to let us further tweak the head angle / bottom bracket height more by moving the fork up or down the stanchions.

There are other tweaks we’ve done as well. If you want to know what other changes we did feel free to ask on our website’s forum, or at the races.

How can people follow the team throughout the year? 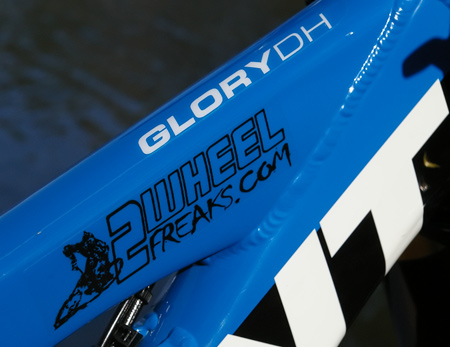 Feel free to visit our web site at www.2wheelfreaks.com to learn more about the team and its riders. We plan to have blogs and photos up of all the races we attend in 2009. We also plan to have a few videos up too. The site is also a normal chat site like MTBR and Ridemonkey so feel free to join up to blog and post in the forums. It’s like FaceBook meets RideMonkey in a way. Anyone that is a member can build up their own page to blog and share pictures. 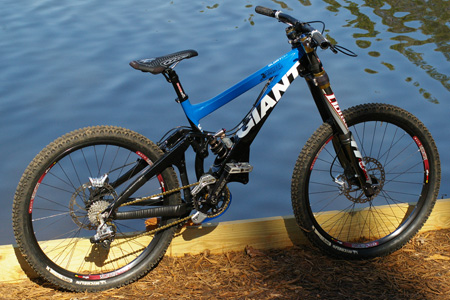