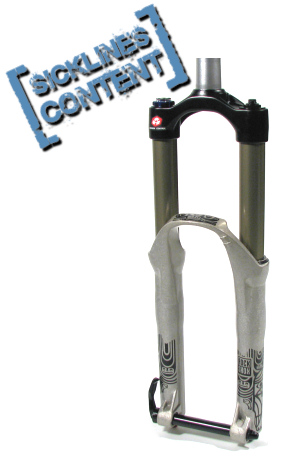 In 2007, RockShox introduced the Totem. It raised the level of what people conceive a single crown fork capable of and tons of people have been running them with great success from freeriding to downhilling. The Totem Solo Air remains pretty much the same for 2008 but SRAM says they’ve fixed the issues they had. See inside for more information on this burly single crown fork.

The RockShox Totem lineup was introduced in 2007. It comes in four variants now: Solo Air, Coil, 2-Step, and IS. We’ll be taking a look at the Solo Air 1.5″ version below.

The Totem is a unique single crown fork that is designed for freeriding. Travel on this fork is 180mm but can be adjusted all the way down to 150mm internally in 15mm increments by using RockShox all travel spacers. The Totem chassis is a 40mm stanchion setup that is solid and kills a lot of dual crown forks in terms of stiffness and adjustability. A lot of racers have been using the Totem forks on their downhill race bikes with great success. 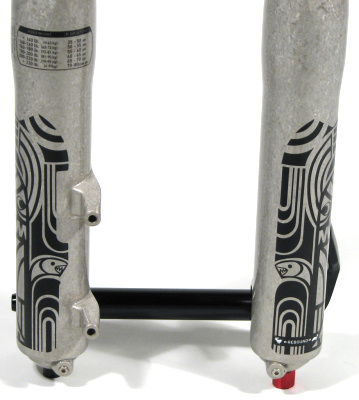 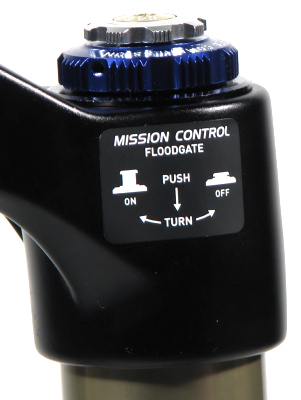 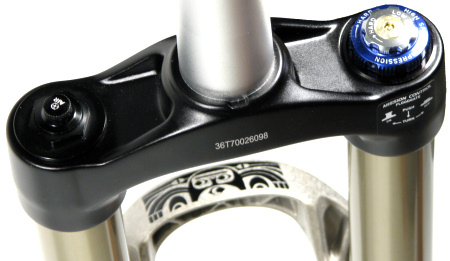 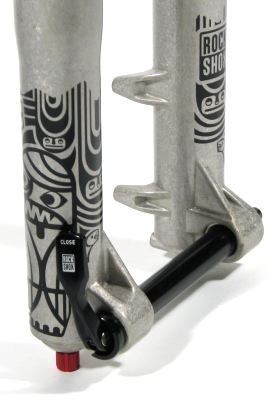 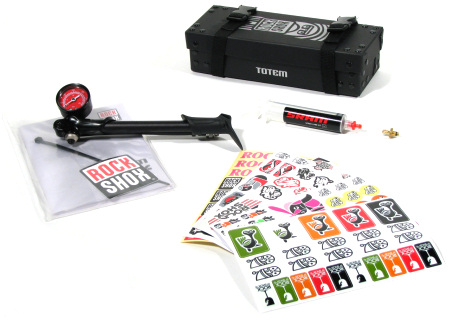 We’ll be testing out this fork in the coming months and will have a full review of it next year sometime. We were impressed with how stiff the Coil Totem was and the ride that it provided was quite stellar. The benefit of the Solo-Air version is that you can dial in the feel of the shock quite precisely since it uses an air system.

The Axle-crown of the Totem is quite close to an 8″ dual crown fork and can easily be substituted without affecting the geometry drastically or at all. The Totem’s only major downfall with this fork in 2007 was an issue with the fork seals that some people experienced which we’re told has been fixed.

If you’re looking for one of the best performing single crown forks, the Totem is a major contender worth considering and SRAM backs up their products with the best of them!