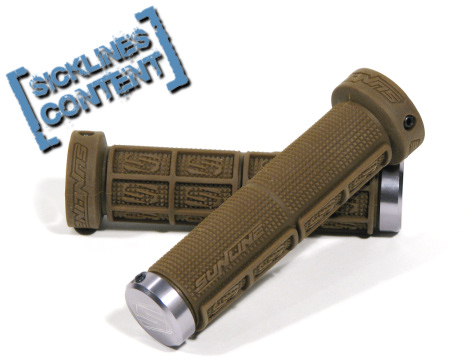 For 2008 Sunline has some new half waffle grips. They come in two colors (black or brown) and are very lightweight at only 92g. Check out the details on these fine grips inside. 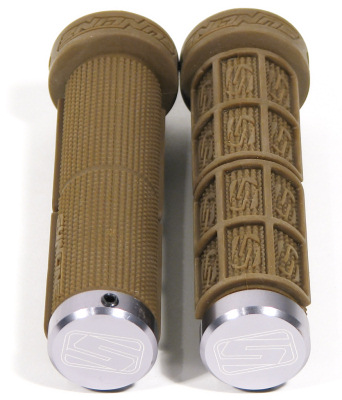 The Sunline Half-waffle grip is a very lightweight lock-on style grip. The half waffle design felt quite good and its width is a little bit wider than an ODI ruffian lock-on grip. The half-waffle grip doesn’t weight much due to its design (~40g less than a typical ODI setup with end caps) which comes from the fact that the lock-on’s are integrated into the grip itself. With this design you’ll have to replace the entire grip because you can’t reuse the lock-on portion, but this also means you won’t get the slop that typical lock-on grips get . This is a huge plus. 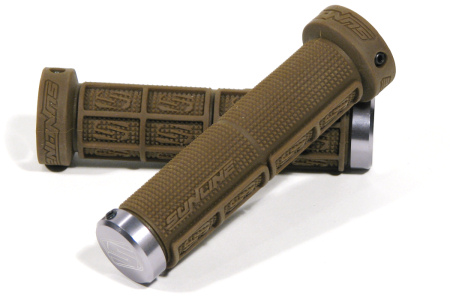 Installation is simple and there aren’t really any pieces to lose or assemble with these lock-on’s. There are two recessed bolts in one end of the grip and one for the end cap. There is a small bit of rubber that extends on the inside of the lock-on that helps not only dampen the vibrations but adhere better to the bar. 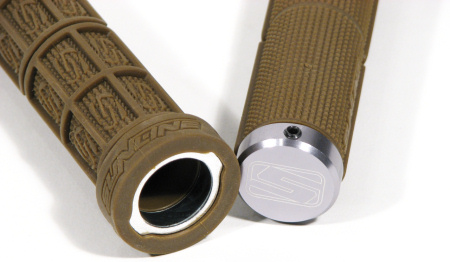 The end cap is an aluminum piece and I feel it could be formed a bit better to contour to the grips and feel more like an extension of the grip rather than just an end cap. The screw on the end cap could be recessed a bit more to reduce over tightening, scoring the bar, and increasing clearance so your hand doesn’t snag on the screw. Sunline says you can run these with carbon bars as well, which is a plus. 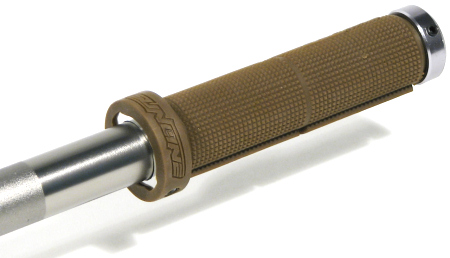 If you’re tired of your ODI style grips coming loose or want some better security in your grips that the ODI and standard grips lack, check out the Sunline grips. The Sunline grips felt quite good and defiantly offer a lot of benefits over the more conventional lock on style grips. You can purchase these grips directly from Sunline on SixSixOne’s website.